The US accused high-ranking government officials in both Iran and Turkey of participating in and protecting the scheme. It comes as NATO allies Washington and Ankara are at odds over Turkey's military offensive in Syria. 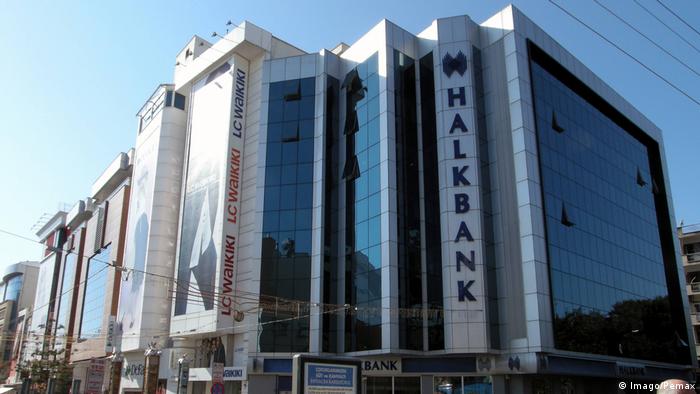 US prosecutors on Tuesday filed criminal charges against Turkey's state-run Halkbank for allegedly taking part in a multibillion-dollar scheme to evade sanctions on Iran.

The indictment is the latest development in a years-long criminal case that began with the arrest of Reza Zarrab, a Turkish-Iranian gold trader accused of playing a key role in the sanctions evasion scheme.

Zarrab pleaded guilty and testified at the trial of a Halkbank deputy general manager. He told authorities that Iran was getting around US sanctions through a complicated scheme involving gold transactions with the help of the bank and the Turkish government.

Tuesday's announcement means that prosecutors believe they have gathered enough evidence to back that notion.

"High-ranking government officials in Iran and Turkey participated in and protected this scheme," which was set up to move some $20 billion (€18.1 billion) of Iranian oil revenue illegally, prosecutors of the Southern District of New York said in a 45-page indictment.

"This is one of the most serious Iran sanctions violations we have seen," the statement read. 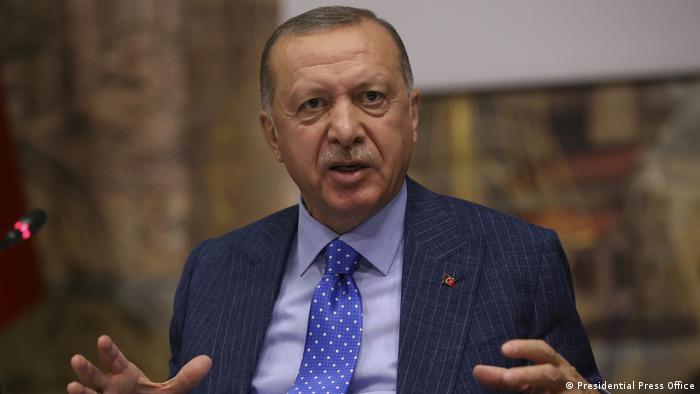 The scheme allegedly took place between 2012 and 2016. Prosecutors said it mostly involved masking money transfers as gold sales to work around sanctions imposed by the US on Iran.

"This indictment constitutes an additional step that does not contribute positively to the current situation of US-Turkey relations," an official at the Turkish embassy in Washington told the Reuters news agency.

Relations between Turkey and the US have been especially tense in recent weeks. The US on Monday announced a round of sanctions against Ankara for engaging in a military offensive into northeastern Syria against Kurdish-led militias.

Tougher sanctions have been threatened if Turkey refuses to halt the violence in northeastern Syria.

But Turkish President Recep Tayyip Erdogan has remained defiant, rejecting any truce in the region. Turkey will "never" declare a ceasefire, nor will it "negotiate with terrorists," Erdogan told reporters upon his return from a trip to Azerbaijan on Tuesday.

Washington has announced that US Vice President Mike Pence will travel to Turkey on Wednesday in the hope of negotiating a truce.

Iran has begun work on advanced centrifuges to boost enriched uranium for its controversial nuclear program. It is the third time in the past few months that Tehran has reduced its commitments under a 2015 nuclear deal. (07.09.2019)

The Iranian oil tanker Adrian Darya 1, formerly known as Grace 1, has changed its destination to a port in Turkey. The US has threatened to sanction any party that takes the oil. (24.08.2019)