As the FBI and police race to track down the Trump supporters who violently breached the US Capitol, serious potential charges are mounting. But it's not only these individuals who could face criminal prosecution. 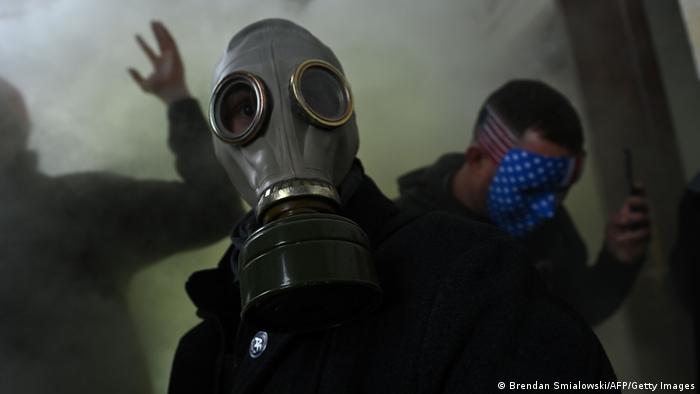 Will officials prosecute rioters who entered the US Capitol?

Yes. The top federal prosecutor for the District of Columbia, Michael Sherwin, said Thursday that "all options are on the table" for charging members of the violent pro-Trump mob that stormed the US Capitol, including sedition — a rarely used charge.

Sherwin said Thursday that prosecutors planned to file 15 federal cases by the end of the day for crimes, including unauthorized access and theft of property. He added that 40 other cases had been filed in the DC superior court, though these are mostly for minor charges such as curfew violation.

The DC Police website said 69 people were arrested from Wednesday afternoon to Thursday morning, most of them for curfew violation, unlawful entry and illegal firearm possession.

Investigators are now combing through reams of evidence to bring identify those who took part in the Capitol storming and press charges. Officials have asked the public for help identifying rioters who made it into the Capitol. DC police are offering a reward of up to $1,000 for information that leads to the arrest of a suspected rioter.

The FBI has also requested anyone with information to come forward and is offering a reward of $50,000 for information specific to two pipe bombs found at political headquarters near Capitol Hill.

What consequences does law enforcement face?

Security officials faced criticism for failing to prepare adequately for the gathering, which was known ahead of time, as well as accusations that some were deferential to the rioters, who were largely white males. Now, pressure is growing to hold authorities accountable.

DC Mayor Muriel Bowser called the police response "a failure," and Congress has promised to investigate security lapses. Sherwin said Capitol police officers would not be exempt from prosecution if deemed complicit in the storming.

Representative Tim Ryan, a Democrat who oversees funding of the Capitol Police, said a number of people would be out of their jobs very soon in light of "this embarrassment."

He told media that the breach was the result of "enormous strategic and planning failures by the Capitol Police, by the sergeant-at-arms, and anybody else who was a part of coordinating this effort." 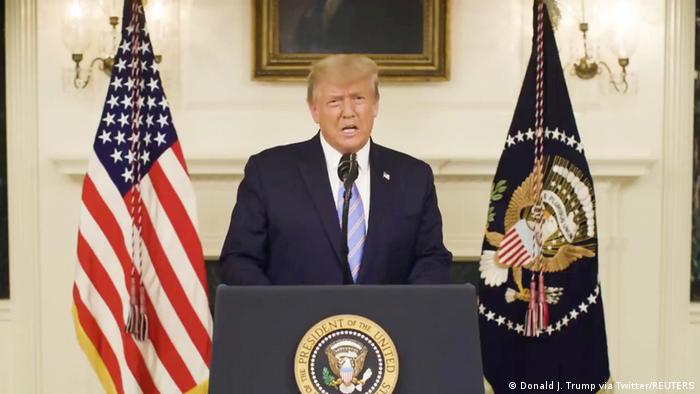 The consequences have so far been mostly political. In the immediate aftermath, he lost support of several members of his own administration. Transportation Secretary Elaine Chao resigned over the incident, followed by Secretary of Education Betsy DeVos. Several other aides stepped down.

Social media companies also reacted to the events. Facebook announced it would bar Trump from posting on that platform and on Instagram, which it owns, at least until the inauguration of President-elect Joe Biden on January 20. Twitter locked Trump's account for 12 hours, though the president was able to post a video from it on Friday.

Several politicians from both sides of the aisle are calling for Trump's swift removal from office. House Speaker Nancy Pelosi and Senate Minority Leader Chuck Schumer have appealed to Vice President Mike Pence to remove Trump by invoking the 25th Amendment of the US Constitution.

How will the events affect Biden's inauguration?

Law enforcement will likely be ramped up ahead of the inauguration, and police have said they are reviewing security plans for the day. A 7-foot fence has gone up around the Capitol and National Guard members would be on-site in DC for at least 30 days.