California's Democratic Governor Gavin Newsom has successfully fended off an attempt to topple him in a recall election. Republicans had tried to unseat him over his policies on immigration, COVID-19 and crime. 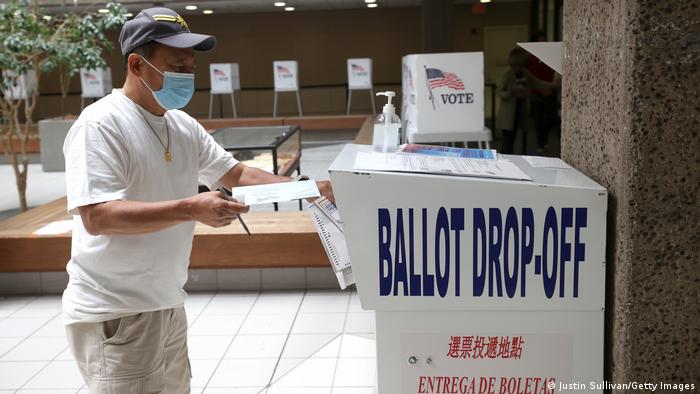 California's Democratic Governor Gavin Newsom on Tuesday became the second state governor in US history to defeat a recall aimed at removing him from office early.

Voters had been called to the ballot box to decide whether to recall the Democrat governor.

Republicans aimed to oust the incumbent by means of the recall process in the country's most populous, and largely Democratic-leaning, state.

Newsom's handling of the COVID-19 pandemic had angered some Californians, especially conservatives, but he remained ahead in the polls. He won a landslide victory for the post in 2018.

With an estimated two-thirds of ballots counted, "no" on the question of whether to recall Newsom was ahead by a 30-point margin. While likely to shrink as more votes are counted, Newsom's lead couldn't be overcome.

What was the vote for?

The recall process has been questioned over its cost and quirkiness. Voters were first asked if they thought Newsom should stay in power, and then asked who they thought should replace him if not.

Newsom had to win more than 50% of the first votes to keep his job. If he had failed to, then whichever challenger received the most votes would have become governor — no matter how few votes they won.

Newsom's main challenger was Republican Larry Elder, a talk show host who openly supports Donald Trump and has followed in the former president's footsteps by claiming election fraud before the votes are in.

The first wave of early votes had been expected to lean heavily towards the Democrat — more than 8 million of 22 million voters mailed in ballots before polling day. A second wave of Republican votes was expected after that as in-person votes are tallied up.

Republicans call foul ahead of results

President Joe Biden was in California late on Monday to support Newsom. He warned of the consequences of losing the state to the Democrats, saying that it would impact the entire country's direction in terms of the pandemic, reproductive rights and the fight against climate change.

"The eyes of the nation are on California,'' he warned. The recall vote is "going to reverberate around the nation and ... around the world.'' He also called Elder a "clone" of Trump. 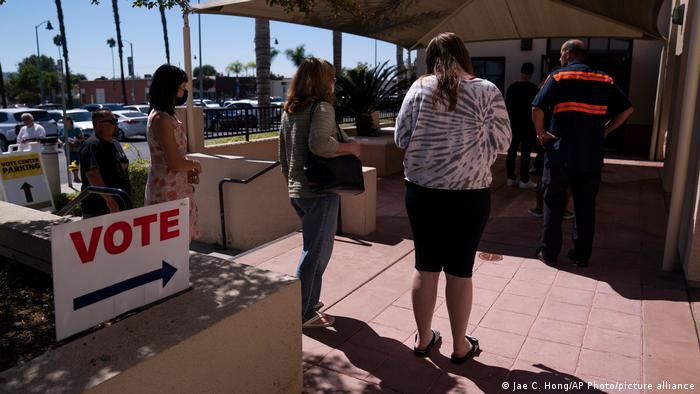 Trump himself, who continues to peddle misinformation about the 2020 presidential election, asked on Monday: "Does anybody really believe the California Recall Election isn't rigged?"

The criticism has focused on mail-in ballots, however, an overwhelming majority of Californians voted by mail even before the pandemic and there have been no cases of widespread voter fraud.