The Syrian Democratic Forces have cleared 90 percent of the strategic city of "Islamic State" militants. Manbij had been "a citadel of foreign terrorists," said a spokesman for the US-led coalition against the group. 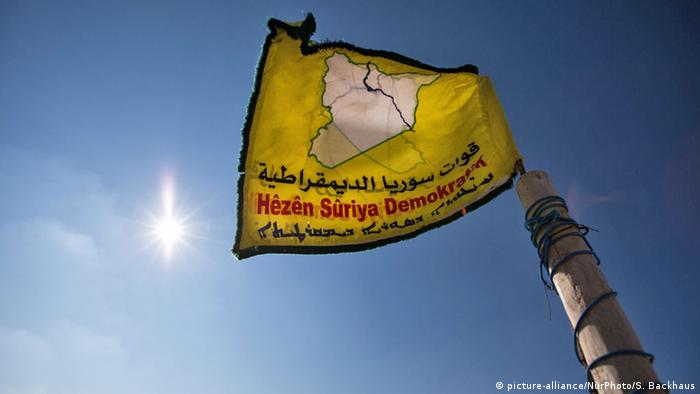 The UK-based Syrian Observatory for Human Rights on Saturday said an alliance of Kurdish and Arab fighters took control of the "Islamic State" (IS) stronghold of Manbij near the Turkish border.

President Bashar al-Assad's troops are closing in on the rebel forces holed up in Syria's largest city. Their situation seems hopeless. A military victory alone will do little to pacify the country.

"The Syrian Democratic Forces (SDF) took control of Manbij on Saturday and are combing the city in search of the last remaining jihadists," the Observatory said.

Around 90 percent of the city had been cleared of the IS fighters, but skirmishes continue in parts of the city, including the center, SDF-allied Manbij military council spokesman Sharfan Darwish told Reuters news agency.

In May, the SDF launched a major offensive in and around Manbij to sever the key transit point in the militant group's supply route from the Turkish border to Raqqa, its de facto capital.

Backed by US airstrikes, the SDF surrounded the city in June. However, the alliance of anti-IS Syrian groups, including Kurdish YPG fighters, faced setbacks as the militant group fought back using suicide bombers and car bombs.

The offensive witnessed a series of successes in August, with US-led coalition spokesman Mark McGurk saying the militant group's defenses had been degraded "in what had been a citadel of foreign terrorists."

Meanwhile, rebels and allied Islamists on Saturday captured key government territory south of Aleppo in a bid to cut off regime forces laying siege to the city.

"The Army of Conquest on Saturday took control of the armament school, where there is a large amount of ammunitions, and a large part of the artillery school" at a military academy south of Aleppo, the Observatory said.

A coalition of rebel groups and Islamists "is about to cut off, by gunfire, the supply route into government-controlled districts," added Observatory chief Rami Abdel Rahman.

Regime forces late July cut off the only supply line into rebel-held areas of Aleppo, prompting fears that the humanitarian disaster on the ground would take a turn for the worse.

At least 280,000 people have been killed and half the population displaced since 2011, when government forces launched a violent crackdown against peaceful protesters calling for President Bashar al-Assad to step down.