US-backed Mideast ′proximity talks′ underway but expectations are low | World| Breaking news and perspectives from around the globe | DW | 09.05.2010

Indirect peace talks between Israelis and Palestinians are underway, however there is skepticism on both sides regarding the outcome. The long-planned talks had suffered a setback due to new Israeli settlement plans. 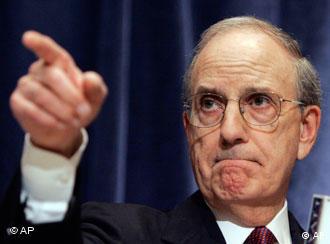 After a long hiatus and much prodding by the new US administration, Israelis and Palestinians have begun indirect peace negotiations.

"The proximity talks have started," chief Palestinian negotiator Saeb Erakat told reporters on Sunday in the West Bank city of Ramallah after a meeting between Palestinian president Mahmud Abbas and US envoy George Mitchell.

"Today, on May 9, the negotiations have begun at the level of the president (Abbas) and (Israeli Prime Minister Benjamin) Netanyahu," he added, while stressing there would be no direct contact between the parties.

"There are no negotiations between us and the Israeli government," he said. "The discussions will be held with Mitchell and the Americans and they will mediate between the two sides."

The fact that both parties couldn't agree to face-to-face meetings, but instead will only participate in "proximity" talks, shows the deep rift between Israelis and Palestinians on the issue. In proximity talks, the involved parties don't meet and discuss problems directly, but rely on an intermediary to conduct the negotiations.

"Indirect negotiations are an invention of Henry Kissinger," explains Shlomo Ben-Ami, a former Israeli foreign minister, who was a key negotiator in the Israeli-Palestinian talks in Camp David in 2000 and Taba in 2001.

Kissinger, in the wake of the 1973 Yom Kippur war, resorted to what has since then been called shuttle diplomacy to negotiate between the Syrians, the Israelis and the Egyptians. Since that time it has become an established mechanism to try to mediate between parties in long-standing conflicts.

"That's ok, but if you do not reach at a certain point direct negotiations it is useless," said Ben-Ami in an interview with Deutsche Welle. "There is no way they can reach an agreement through a third party."

While direct talks between Israelis and Palestinians are ultimately necessary to hammer out a peace deal, at this point indirect talks are probably a better option, said Álvaro de Soto, who headed negotiations that ended the civil war in El Salvador and served as UN Special Coordinator for the Middle East Peace Process until 2007.

He said the format of proximity talks is actually a good choice for the Middle East, especially in the current hostile climate between both parties.

"And I think that altogether too much of a production has been made about direct talks. Proximity talks have the advantage in this case of placing a much greater responsibility on the mediator, the mediator being the United States."

Both experts agree that aside from the US there is no other actor that would be acceptable to both parties. The Palestinians know that only Washington has real influence and can bring Israel to agree to a peace deal. The Israelis believe that they can trust only Washington not to betray them and their crucial interests as a mediator.

While it has been pretty much commonly accepted that only Washington can mediate this conflict, there is at the same time concern that the US, because of its close ties with Israel, can't really act as an honest broker.

"I am convinced that only the US can play this role and I don't set too much store by the objection that the US has a bias in this matter," said de Soto. "The US role, it seems to me, is unavoidable and indispensible and I am very pleased that the US is at the center."

That, however, doesn't guarantee that this round of talks, which are slated to last four months, will be any more successful than all the previous attempts to achieve a breakthrough on the Israeli-Palestinian issue.

"If these people get an agreement they will deserve a Nobel Peace Prize in Physics," said Ben-Ami.

He believes that the underlying conditions for both Israelis and Palestinians are so negative, that it will be practically impossible for them to overcome. Palestinian President Mahmoud Abbas' authority is challenged by Hamas while Israeli Prime Minister Benjamin Netanyahu's ability to agree to a deal is limited through the coalition with his hard-line foreign minister Avigdor Lieberman. De Soto adds that no viable agreement is possible if Hamas isn't somehow included in the peace process. 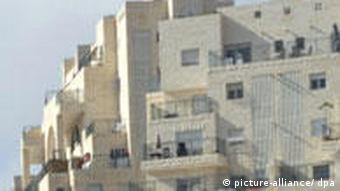 Israel angered the US and Palestinians by announcing new settlements

However, the slim chances for success also have a positive side. "Low expectations is what any mediator wants at the start of a mediation, I can tell you that from a professional's standpoint," said de Soto, who believes that US Middle East envoy George Mitchell is exactly the right person for this mission impossible.

How exactly George Mitchell will carry out this shuttle diplomacy neither of the experts could say. "Actually, it's not a bad thing that little is known about what's going on in a given peace process," says de Soto.

"Negotiations, and peace negotiations in particular, are like very delicate, exotic orchids. If you expose them to inclement weather they might wilt."

EU wants Israel and Palestine to share Jerusalem as capital

The European Union has released a controversial statement pushing Israel to accept sharing Jerusalem with a future Palestinian state. (08.12.2009)

On the final day of his maiden trip to Israel since becoming foreign minister, Guido Westerwelle has called for a speedy resumption of talks between Israel and the Palestinians under the so-called roadmap to peace. (24.11.2009)

Watch this DW report on the latest peace efforts