US: Atlantic City auctions off demolition of Trump Plaza Hotel and Casino

Auctioneers are selling the right to press the button that will bring the complex down "with a bang." The Trump Plaza in Atlantic City has been in a state of decay and all proceeds from the auction will go to charity. 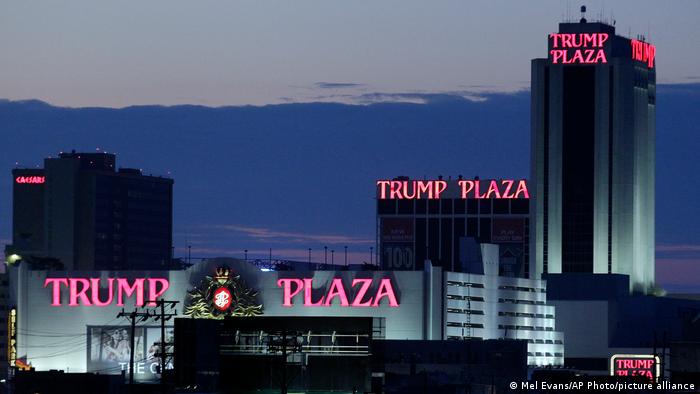 Live bidding for the right to push the detonation button on the Trump Plaza Hotel and Casino in Atlantic City began on Thursday.

The complex, owned by President Donald Trump, went bankrupt and shut down in 2014 with Atlantic City struggling as a gambling location.

And now an auction, which will last until January 19, has got underway for the right to press the button that will blow up the Trump Plaza complex, with the money raised going to a children's charity.

The auctioneers' website described the event as "a once in a lifetime opportunity to bid on the right to push the button to implode Trump Plaza."

'Start the year with a bang'

"For several years it has been sitting empty and now is the time to end an era and replace it with something new," the auctioneers continued.

"All proceeds of this auction will benefit the Boys & Girls Club of Atlantic City. This will be a live broadcasted sale so we hope to see you on sale day and start the year with a Bang!"

The demolition of the increasingly decrepit structure has been repeatedly delayed over funding issues. 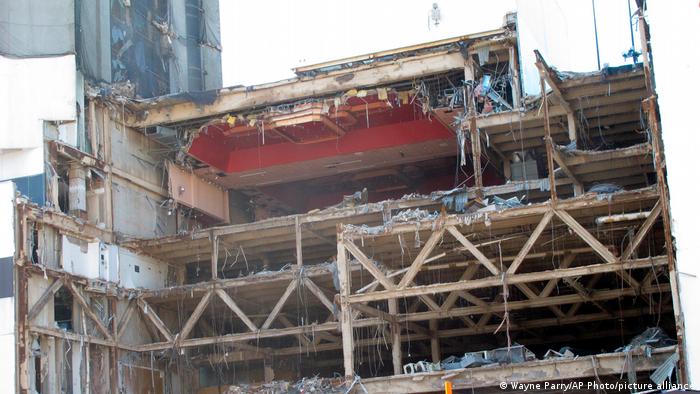 The auction is to push the detonator that will bring down the Trump Plaza, which is already in serious decay

But ow Atlantic City Mayor Marty Small, Sr., a Democrat who took office last year, has confirmed that the building will come crashing down in February, just days after Trump leaves the Oval Office.

The detonation will be carried out in coordination with the billionaire investor Carl Icahn, who owns the property.

A million to blow up Trump's casino?

Outgoing President Trump, a Republican who was a real estate developer before moving to the White House, opened the hotel and casino in 1984 on the Atlantic City boardwalk but lost control of the property in a 2009 bankruptcy.

"I think it's extremely important that we do something worthwhile," he said. He hoped to raise at least $1 million (€815,000) in the process.

After Trump: Where to now for the US Republican Party?

The Russian president has congratulated Joe Biden on his victory over Donald Trump, weeks after many other world leaders. The Kremlin called for "collaboration" between superpowers to solve global security challenges.