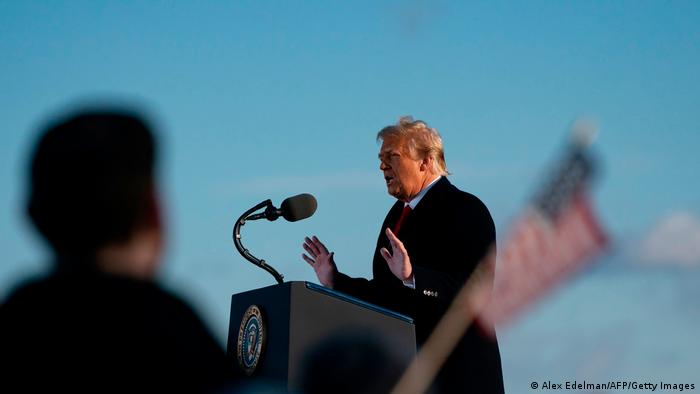 A Republican party-backed review of the 2020 US presidential election results in Arizona's largest country reaffirmed on Friday that Donald Trump lost to Joe Biden.

According to the report, Biden won the Maricopa County by about 45,000 votes, or 360 votes more than the official results.

"This means the tabulation equipment counted the ballots as they were designed to do, and the results reflect the will of the voters," Republican board chairman Jack Sellers said in a statement.

"That should be the end of the story. Everything else is just noise."

The Arizona review was part of a larger effort by Trump and his allies to dispute the 2020 election results.

These efforts were spurred by the former president's unfounded claims that the election was stolen from him.

Just hours before the tally was made public, Trump said the nation was watching "to see what the highly respected auditors and Arizona State Senate found out."

Trump-friendly Republicans hired Florida-based cybersecurity firm Cyber Ninjas to look into the election outcome. The company has no experience in election audits.

The audit had been marred by complaints about its lack of transparency and unscientific methods from both Republicans and Democrats. While its report found "no substantial differences" between the official count and the group's hand count, the company made a series of dubious claims about the vote.

The Arizona review was marked by "bias and incompetence," said Trey Grayson, a Republican and the former top election official in Kentucky.

He expressed hope that it would prompt Republicans elsewhere to put a halt to similar initiatives.

"My hope is that people in other states will look at this and say this isn't worth our time and effort," Grayson said, criticizing the decision in Texas to "cherry-pick" mainly Democratic-leaning counties to review. "That's a tell."

Similar audits in other states

Trump's allies have begun seeking similar investigations in other battleground states such as Wisconsin, Pennsylvania, and Michigan that the Republican firebrand lost.

Texas announced Thursday that the state had begun an audit of the presidential election in its four largest counties – Dallas, Harris, Tarrant, and Collin.

Although Trump won the state, Biden won three of those counties.

Meanwhile, many Republican-led states have passed at least 18 restrictive new voting laws this year, targeting mail-in voting, and other practices they say are needed to ensure election integrity.