Authorities in Illinois have announced the name of a previously unidentified victim of serial killer John Wayne Gacy, who murdered dozens of young men and boys in the Chicago area during the 1970s. 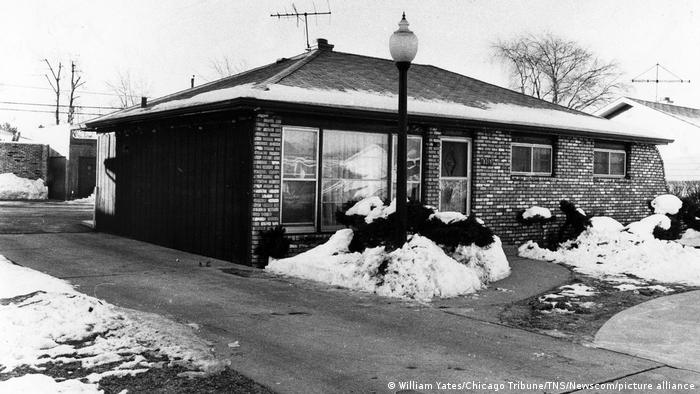 John Wayne Gacy buried the bodies of his victims in a crawl space underneath his Norwood Park, Illinois property

Sheriff Tom Dart of Cook County, Illinois in the US announced Monday that his office had identified the remains of one of the six previously unnamed victims of serial killer John Wayne Gacy, who preyed on young boys and men in the Chicago area in the 1970s.

Francis Wayne Alexander, a North Carolina native known to his family as Wayne, came to Chicago in 1975 and was only in the area a short time. He had the misfortune of living and working in areas where Gacy operated, Dart said.

"It's heartbreaking talking to the family. It is the only time we have a parent who is still alive," Dart said at a press conference.

Who was John Wayne Gacy?

Gacy was convicted of raping and murdering at least 33 young men and boys in the Chicago area in the 1970s, disposing of their bodies in a crawl space under his Chicago property.

Gacy found some of his victims hitchhiking, others at bus stops and some at a favorite tavern. He was arrested in 1978 and executed in 1994.

How was the victim identified?

Due to parking tickets Alexander had received in January of that year, authorities believe Gacy murdered him sometime in the first few months of 1977, Dart said.

In 2011, Dart's office exhumed the remains of Gacy's victims in the hopes of making use of advances in DNA technology to identify his previously anonymous victims. Dart said Monday people from all over the country and all over the world submitted DNA samples to his office.

Many families who had relatives disappear in the Chicago area in the 1970s heeded the request from Dart's office. Within weeks of the 2011 announcement, authorities were able to identify the remains of William Bundy, a 19-year-old construction worker at the time of his disappearance.

In 2017, a second set of remains belonging to Jimmy Haakenson, 16, were identified. Haakenson disappeared after he phoned his mother in Minnesota to tell her he was in Chicago.

In addition to identifying Gacy's victims, the DNA samples have led police to close 11 cold cases.

According to the ABC7 broadcaster in Chicago, as of July 2018, six victims remained unidentified. With the announcement of Alexander's identity, that number has now been brought down to five.

Can our DNA change?