Shortly before the US administration is to implement higher tariffs on steel and aluminum exports, it has imposed anti-dumping duties on steel wire rod from several nations, adding to trade war fears. 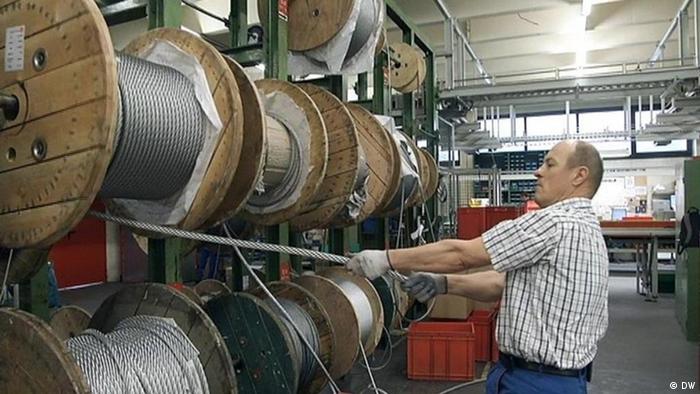 Exporters in Italy, Spain, the UK and South Korea were accused of dumping carbon steel wire rod in the US, the Commerce Department said in a statement.

"President Trump made it clear from the beginning that we will vigorously administer our trade laws to provide US industry with relief from unfair trade practices," said Commerce Secretary Wilbur Ross.

The tariffs in question are separate from general import duties on steel and aluminum that are to take effect on Friday.

The decision to impose anti-dumping duties on steel wire rod imports came after petitions filed by steel companies in Florida, North Carolina, Texas and Wisconsin, all states won by Trump in the 2016 election.

Steel tariffs: solutions on the horizon?

Germany's finance minister defended open markets after a G20 meeting in Buenos Aires. Officials from other countries also warned against protectionism ahead of planned US tariffs on steel and aluminum. (20.03.2018)