Winter temperatures have soared past 20 degrees Celsius (68 Fahrenheit) in parts of Europe, breaking February records in the UK. Are they a sign that the climate is changing? 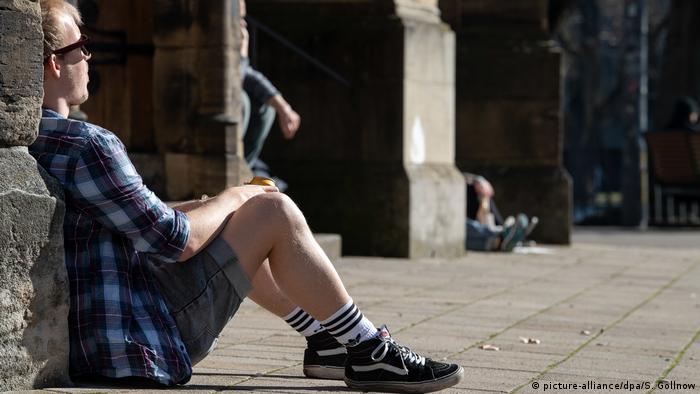 Unseasonably warm weather has brought an early spring to Europe, with temperatures in some regions forecast to stay in the late teens in coming days.

The mercury hit 20.6 degrees Celsius (69 degrees Fahrenheit) in Wales on Monday, smashing the previous February record by almost one degree.

It was the first time a temperature of above 20 degrees had been recorded during the winter months in the UK, according to the British Met Office.

In western Germany, temperatures reached 19 degrees in Cologne and 18 degrees in Kraichgau and Neckartal although that is well below the record 23 degrees recorded back in 1900.

“In the coming days, it will probably get even warmer and could reach the 20 degree mark again,” it wrote.

Unpredictable weather events have experts worried about the continuing impacts of climate change. Scientists say there is evidence that the warming of the Arctic is destabilizing the jet stream, bringing up warm air to Europe and forcing cold air down to other areas.

Austria's tourism industry was hit hard by extreme weather this year – the combination of snow and heat triggering avalanches which killed several tourists and cut off transport for some 40,000 people.

Warmer and shorter winters have prompted authorities in other areas to introduce ways to preserve snow.