A small US plane has crashed off the coast of Jamaica, officials have said. The aircraft flew for hours with an unresponsive pilot and was followed by US fighter jets. 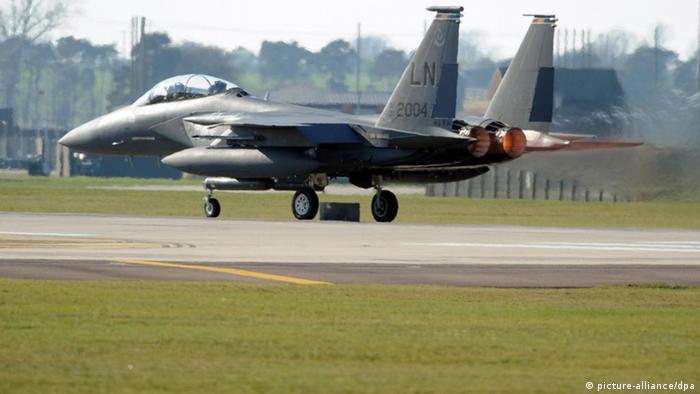 The plane crashed on Friday 14 miles (22 kilometers) north of Port Antonio on the northeast coast of the island, Major Basil Jarrett of the Jamaican Defense Force said. Search and rescue teams were sent to investigate the site.

"We can confirm that the plane has gone down," Jarrett said, without providing details about the people on board.

The seven-seater Socata TBM-700 had left at 8:45 a.m. (1245 UTC) from Greater Rochester International Airport bound for Naples Florida. The last contact with the aircraft was made around 10 a.m. It crashed around 2:15 p.m., US aviation officials said.

US F-15 fighter jets (similar to the plane pictured at top) from the North American Aerospace Defense Command were scrambled the meet the plane at 11:30 a.m., and they trailed the aircraft until it reach Cuban airspace, when they peeled off.

The aircraft then crossed Cuban airspace and headed across open waters before crashing into the sea just short of the Jamaican coast.