Unaccompanied children heading to Italy via Libya are at risk of sexual abuse and exploitation, said a UN official. More than 90 percent of the children arrived alone this year, UNICEF said. 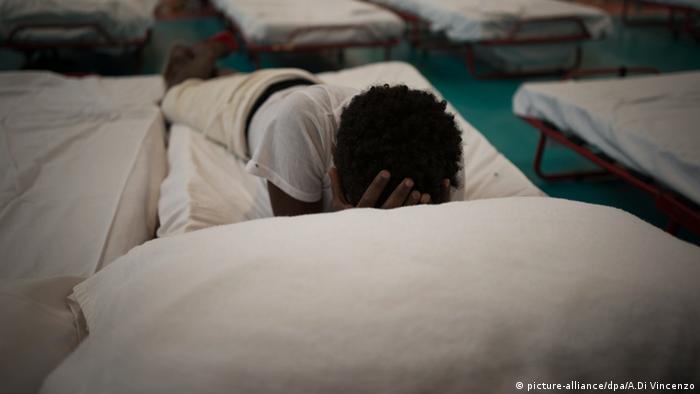 The UN Children's Emergency Fund (UNICEF) on Tuesday reported a significant increase in unaccompanied minors traveling from Libya to Italy via the "Central Mediterranean route" in 2016, more than double last year's figures for the same period.

German laws protecting youth must also be applied to refugees, the government has said. Concern is rising over the increase in cases of young girls being forced to marry before their arrival in Germany.

"More than 9 out of 10 refugee and migrant children arriving in Europe this year through Italy are unaccompanied," the UN body said in a statement.

Marie-Pierre Poirier, UNICEF's special coordinator for migrants and refugees in Europe, said "tens of thousands" of children faced danger without established protection systems in the country's they depart from, transit through and arrive in.

"We urgently need to protect these children from all types of abuse and exploitation by those taking advantage of the situation to exploit their dreams," Poirier said.

Italian social workers told UNICEF that both girls and boys "were sexually assaulted and forced into prostitution while in Libya, and that some of the girls were pregnant when they arrived in Italy, having been raped."

Nearly 3,000 migrants died while attempting the dangerous voyage across the Mediterranean Sea since the beginning of the year, up from 3,770 for the entirety of 2015, UNICEF said.

UNICEF's latest report comes as the Office of the UN High Commissioner for Refugees (UNHCR) lowered their forecast for migrants and refugees using the so-called Balkan route to reach richer EU nations, such as Germany and Sweden.

The UN refugee agency on Monday said it expects 248,000 migrants and refugees to arrive to Europe from Turkey in 2016, significantly lower than its forecast of "up to 1 million," reported Reuters news agency.

Earlier this year, Macedonian authorities effectively closed the Balkan route when they prevented migrants from transiting through the country. The EU's refugee deal with Turkey was also designed to reduce traffic coming from the Aegean Sea crossing.