UNHCR on ′huge displacement′ of Ukrainians | Europe| News and current affairs from around the continent | DW | 06.08.2014

UNHCR on 'huge displacement' of Ukrainians

There has been a massive movement of people within Ukraine and from eastern Ukraine to Russia over the past weeks as the crisis continues. The UNHCR's Dan McNorton spoke to DW about the refugee situation. 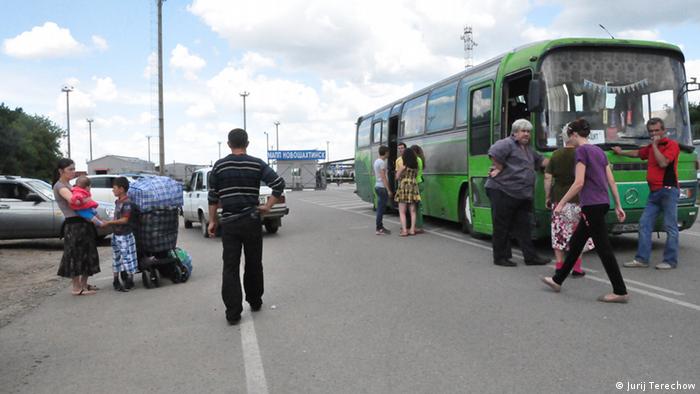 The WHO reports that at least 1,300 people were killed and 4,000 injured in the fighting in Eastern Ukraine since mid-April. Many Eastern Ukrainians now feel that staying at home is no longer safe. According to the UNHCR, about 80 percent of the thousands who flee their towns and villages in the region and head to Russia stay in the area close to the border. Around 42,000 people now live in Russian refugee camps.

DW: According to Russian figures, about 730,000 people have already moved from Ukraine into Russia. What is the UNHCR's assessment?

Dan McNorton: What we've seen over recent weeks is a huge displacement of people. Inside Ukraine, as the situation in eastern Ukraine continues to deteriorate, but also those people moving into Russia. The figure of 730,000 is a Russian authority estimate, which we believe in the UNHCR is about correct in terms of those people who have also crossed the border into Russia since the conflict in Eastern Ukraine began earlier this year.

So these people are not refugees?

They are not all refugees. People obviously travel for a variety of reasons. But we believe, as the conflict has continued to deteriorate over recent weeks, that that figure of around 730.000 people is about right in terms of those people affected by a conflict that is carrying on and getting worse day by day. 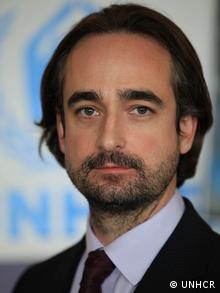 We are seeing a number of different reasons why people would move, but we believe that the majority of people have been affected by the conflict in eastern Ukraine. Figures are very difficult to get, and they are very difficult to verify, but the most important thing that we are seeing is the needs that people have as they are fleeing and as the conflict in eastern Ukraine continues.

Why do those people affected by the conflict flee to Russia?

Is Ukraine able to handle this situation?

The Ukrainian authorities, at the moment, are handling the situation and are in the lead in terms of the response. The needs that we are seeing are huge - the basic services disrupted, the infrastructures that have been heavily affected by the increasing violence. We now have a scarcity of drinking water. It is a really difficult situation. The needs are great, and we all need to do more to ensure that those people in need get the assistance they deserve.

Aside from the scarcity of drinking water - what other problems are the refugees facing?

What exactly is UNHCR doing to help?

With the government and other authorities, we are looking to make sure that they have emergency hygiene equipment, food and water. Those are the key things that we are working on at the moment. And we will continue to do so over the coming days and weeks.

How can this situation be solved?

The solution is obviously a political solution which would see an end to this conflict and that would then see the displacement that we have seen over recent weeks decrease.

More than 700,000 people have left Ukraine for Russia during the country’s four months of conflict. In addition, 117,000 people have become displaced within Ukraine, according to the UN’s refugee agency. (05.08.2014)

Remembering the First World War has an important function. Reconciliation and a united Europe are vital. That's what the French and German presidents showed at the commemoration event in Alsace, says DW's Bernd Riegert. (03.08.2014)

The dictator as mediator

Belarusian leader Alexander Lukashenko is hosting talks between Ukraine and Russia - despite his human rights record. Foreign policy expert Amanda Paul tells DW this will not end his international isolation. (01.08.2014)