′Uncertainty will hamper recovery′ | World| Breaking news and perspectives from around the globe | DW | 17.10.2013

The US Congress has averted the debt ceiling and budget crisis at the last minute. But what damage has been done to the US economy - and is the threat really over? DW spoke with budget expert Marc Goldwein. 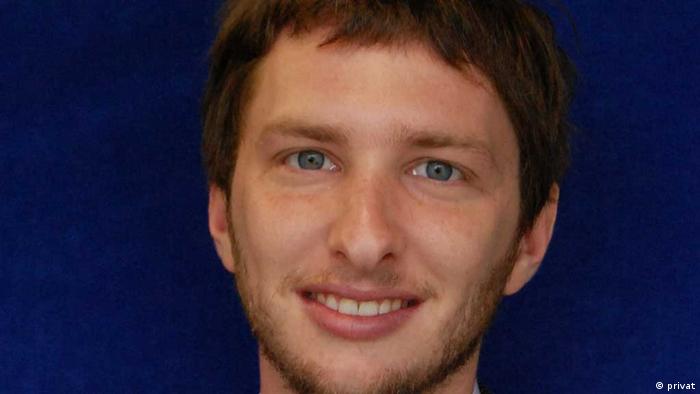 Marc Goldwein of the Committee for a Responsible Federal Budget

DW: Congress has averted the debt ceiling and budget crisis for the time being. How will this affect the US economy, consumers' buying power, and in turn the budget?

Marc Goldwein: I think markets and consumers breathed a sigh of relief that we didn't go over the brink. But as long as we have all of these issues hanging over our head, not just the debt ceiling and government funding, but also our federal debt and uncertainty about our tax and spending policies, I think that uncertainty is going to hamper our recovery.

The deficit for the last fiscal year was nearly $700 billion (517 billion euros). That's about four percent of gross national product. Your organization, the Commitee for a Responsible Federal Budget, offers the government advice on tax issues. What recommendations are you making to reduce the deficit?

One piece of good news in this whole thing is that it allows the creation of what's called a conference committee on the budget, which means for the first time since 2009, we may actually have a single joint budget between the House and the Senate. If that budget is to be successful, it needs to figure out how to improve our long-term fiscal situation. That means setting sustainable numbers on our defense and agency budgets, it means slowing the growth of our entitlement programs in a significant way, and it means calling for a reform of our tax code that is going to help to increase economic growth and revenue.

The head of the International Monetary Fund, Christine Lagarde, called for across-the-board cuts, the sequestration, to be ended. She recommended the US government gradually increase its budget cuts in a way that would not hinder economic growth. Do you agree with the notion of ending sequestration?

That's exactly the right approach. The sequestration wasn't supposed to be policy. It was supposed to be punishment. The problem with it is, it's mindless, it's across the board, it's incredibly abrupt, and it does nothing to improve the long-term fiscal situation because it actually ends in 2021. Replacing a portion of that sequester, as much as we can, with more intelligence, more gradual, pro-growth and long-term savings is an excellent idea.

The Federal Reserve currently has a license to print money. How long can a cheap cash policy last?

I think so long as we are still in recovery, the Federal Reserve is going to operate in more of an expansionary mode. That's not going to last forever, and at some point, they are going to allow interest rates to rise. In fact, they've already started to. When they do, if we don't have our fiscal house in order, it's going to make everything tougher.

Marc Goldwein is senior policy director at the non-profit organization Committee for a Responsible Federal Budget.

The insolvency of the world's largest economy was avoided in the 11th hour. And despite a multi-billion dollar price tag and a drop international confidence, the same disputes may flare up again in just three months. (17.10.2013)

The lifting of the debt ceiling is good news for everyone except the Republicans. The party is a pile of shambles: it has not reached any of its goals and has proven its political incompetence, says DW's Michael Knigge. (17.10.2013)