Uncertainty rules, but a tougher China policy looms under Trump | World | Breaking news and perspectives from around the globe | DW | 12.12.2016

Six weeks before the inauguration of Donald Trump, the outlines of his possible foreign policy are still blurry. But while uncertainty about Trump’s course remains the name of the game, a few themes seem to be emerging. 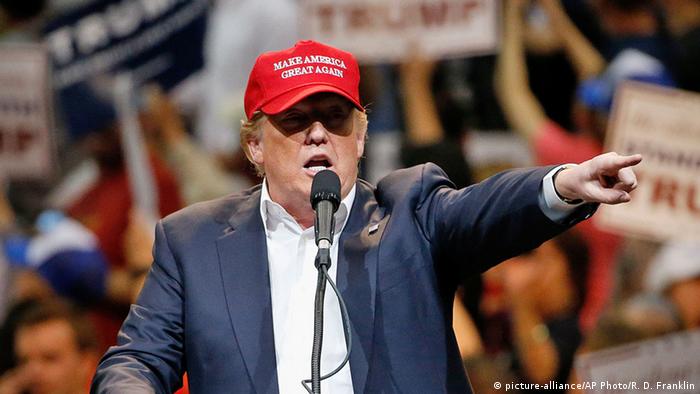 He is also receiving some intelligence briefings, although he prefers to delegate participation in these sessions to his vice president-elect, Mike Pence.

And he is already upending US foreign policy conventions, by having a phone conversation with Taiwan's president or by expounding on the costs of US military aircraft via his preferred outlet, Twitter.

But despite the flurry of activity in the foreign policy arena, a coherent strategy remains elusive.

"We are all trying to make sense of what is a dazzling and bewildering series of contradictory statements and flouting of long-held corner stones of core bipartisan convictions at the heart of American foreign policy," said James Davis, an American foreign policy scholar who heads the Institute for Political Science at the University of St. Gallen in Switzerland.

At its core, the global guessing game into the foreign policy thinking of the president-elect revolves around the following question, notes Davis.

"Is this just a guy who is willing to just throw a Molotov cocktail and see what happens or is this all part of a more rational strategy, the rationality of irrationality," he said. "I fear that it is part of his internal makeup, not necessarily a well thought-through strategy."

While a Trump foreign policy strategy may still not be apparent, some recurring patterns may be gleaned from what he said during his campaign and after being elected. 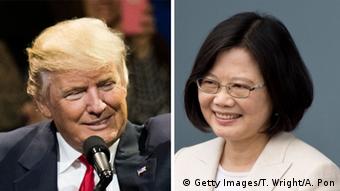 On China, Trump's assertive tone constitutes a clear break with the Obama administration, which had avoided outright confrontation with Beijing. But on substance, said Galbreath, Barack Obama and Trump are not as far apart as the president-elect's brash rhetoric suggests. It was Obama, after all, who orchestrated the much discussed "pivot to Asia," focusing US foreign and security policy less on Europe and the Middle East and more towards Asia.

While Russia in recent years through its actions in Ukraine, Syria and elsewhere has forced the US to at least partially reconsider its Asia focus, this has not changed the long-standing geopolitical analysis by many in Washington that holds that China, not Russia, is really the key challenger of America's future in the 21st century, noted Galbreath.

China, not Russia, as main US competitor

"Russia is maybe a threat to its neighbors, but not to the United States and therefore it should really be focusing all its attention on China," he said. "If anything, that is something that has run through the Republican Party even during the Bush years."

Confronting China entails huge economic risks, said Galbreath, but it is congruent with the way many people in the US think about the world, "so you could imagine that happen in a way."

While a rockier US-China relationship will cause headaches in European capitals, Europeans should brace themselves for something else from a Trump administration.

"The biggest issue that will affect us here in Europe is not only how the US deals with Russia, but the end of the United States as any kind of player in international diplomacy," said Galbreath, citing not only Trump's trashing of the trans-Pacific trade agreement TPP or his stance on the Paris climate deal, but more broadly the end of the traditional notion that the US State Department is a kind of a global human rights actor measuring and trying to implement human rights. 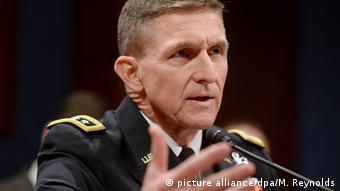 His colleague Davis thinks that ultimately Trump, like his predecessors Obama and George W. Bush, will learn, perhaps the hard way, that Vladimir Putin is not really interested in good relations with the West. For him, more worrisome than any single foreign policy thought Donald Trump may hatch at one point or another are certain members of his core team, especially his National Security Advisor, Michael Flynn.

"His positions on a number of issues are, I think, rather kooky," said Davis. "For example, to argue that there is something of an alliance between ['Islamic State,'] Russia, Venezuela and North Korea, I think is just a crazy statement."

Flynn's appointment, he added, "makes me nervous because the National Security Advisor is the person who is supposed to make sure that the president gets a wide variety of advice, so that the president can make the best informed decision. And if the NSC advisor is a person with a set of very strong and narrow beliefs who doesn't tolerate dissent he is the wrong person for the job."

Unlike cabinet secretary roles, the post of National Security Advisor does not require Congressional confirmation.

China questions future of US relationship after Trump's Taiwan remarks

China has said a "stable" relationship with the US would be "out of the question" if Washington stops honoring the One-China policy. The warning follows Donald Trump's latest remarks concerning relations with Taiwan. (12.12.2016)

Exxon CEO Tillerson likely to be Trump's secretary of state, US media report

Donald Trump is expected to tap Exxon Mobil head Rex Tillerson as his secretary of state, according to US media. Tillerson's ties to Russia are causing concern. (11.12.2016)