UN weighs in on Israeli strikes in Syria 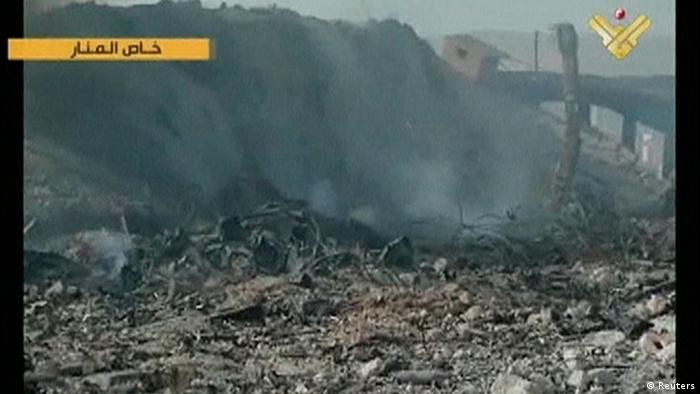 Ban spoke with Nabil al-Arabi, leader of the 22-member Arab League, which condemned the attacks, about reports of raids. The two "shared their grave concern about the reported air strikes in Syria and the risks for regional security," said Martin Nesirky, Ban's spokesman.

"The secretary-general calls on all sides to exercise maximum calm and restraint, and to act with a sense of responsibility to prevent an escalation of what is already a devastating and highly dangerous conflict," Nesirky said. Ban "expresses grave concern over reports of air strikes in Syria by the Israeli Air Force," Nesirky said. "The secretary-general urges respect for national sovereignty and territorial integrity of all countries in the region, and adherence to all relevant Security Council resolutions," Nesirky added.

Syria's Cabinet held an emergency meeting to discuss what the Foreign Ministry described as at least three Israeli airstrikes on military sites. In a differing account, a senior Israeli source cited by the AFP news agency said the attacks early on Sunday hit Iranian weapons destined for the Lebanese militant group Hezbollah, which is allied with Syria's regime.

People woke Sunday to explosions in Damascus. The government of Syrian President Bashar al-Assad accused Israel of effectively helping al Qaeda Islamist "terrorists" and said the strikes "open the door to all possibilities." Israeli officials said they believed that Syrian President Bashar al-Assad would not pick a fight with a well-armed neighbor while preoccupied with survival at home.

What began as protests to topple Syria's regime in March 2011 has developed into a civil war. The UN says over 70,000 people have been killed. Read DW's multimedia coverage and analysis of the conflict in Syria. (03.05.2013)

On Sunday, senior US Senator John McCain said that the air strikes could add pressure on the United States to intervene in Syria, although Barack Obama has said he has no plans to send ground troops. The US president defended Israel's right to block "terrorist organisations like Hezbollah" from acquiring weapons after Friday's raid.

"The president many times has talked about his view that Israel, as a sovereign government, has the right to take the actions they feel are necessary to protect their people," a White House spokesman said on Sunday. The United States had no prior knowledge of the attacks, according to officials. Still, the spokesman said, "the close coordination between the Obama administration, the United States of America, is ongoing with the Israeli government."