The UN food agency says funding shortages have forced it to deny food vouchers to 229,000 Syrian refugees in Jordan. Experts say chronic harsh conditions, also in Lebanon and Turkey, are behind the exodus to Europe. 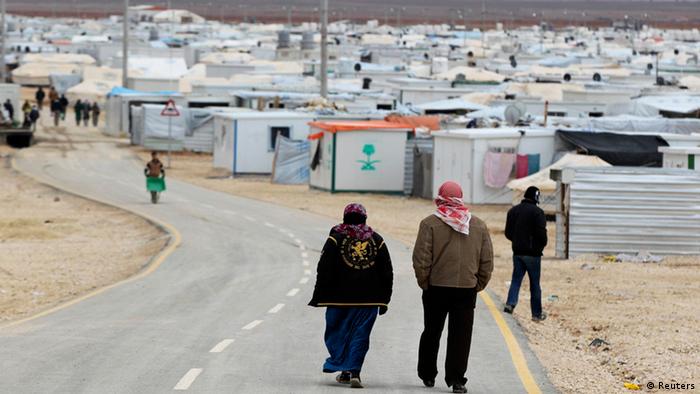 The World Food Program said on Saturday donors must do far more to support some 11 million desperate Syrians displaced in their war-torn country or who have fled to regional host countries.

"This is a crisis that has been brewing in the region for five years," said WFP spokesman Abeer Etefa in Amman, Jordan's capital, referring to the refugee drama across southern Europe.

"Now it is getting the attention of the world because it moved one step further from the region to Europe," said Etefa.

"We have to help people where they are or they will move," she said.

The WFP spokeswoman said as of September 229,000 of 440,000 Syrians living in urban quarters outside camps were no longer receiving food vouchers, worth up to $14 per person per month. Others living in camps would continue to receive them.

Etefa said the UN food agency needed $236 million (212 million euros) just to keep its program, which had already been scaled back, afloat through to November. No major donors had come forward, she said.

Late on Friday, Britain and the United States said they would increase their humanitarian funding to victims of the Syrian conflict.

Washington said $26 million would go to the UNHCR refugee agency for Syrians traveling through Greece, Macedonia and Serbia.

The UN estimates that since Syria's conflict erupted in 2011 more than four million Syrians have fled, mostly to Jordan, Lebanon, Turkey, Iraq and Egypt. Lebanon and Jordan have often warned that their resources are overstretched.

And, according to the UNHCR, the warfare has displaced some 7.6 million Syrians within their home country.

In Turkey, which has taken in two million refugees, Human Rights Association (IHD) lawyer Mustafa Rollas said many Syrians were "very afraid" that, without having the formal legal status of a refugee, they could be sent back to war-torn Syria.

"In Turkey, the Syrians just have a temporary protection status. So Turkey allows them to stay, but offers them no security at all," Rollas said, referring to deficits in housing, food and restrictions on the right to work.

Many were located in southern Turkey and Turkey's Mediterranean coastal cities from where boats launch for Europe, Rollas added.

Refugee camps housed only 10 percent of the Syrians. The rest were scattered, living mostly in shelters that lacked sanitation. A further 10 percent were homeless.

"Syria is one of the world's worst humanitarian disasters," Gardner said.

"People depend on charity and do not have money to know where their food will come from in the next week," he added. "Many we spoke to are doing the worst jobs for poor wages, getting half or a third of the wages of a Turkish citizen." 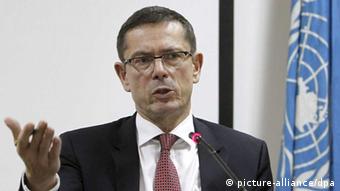 In New York late on Friday, UN assistant secretary-general for human rights, Ivan Simonovic told reporters in New York that calls to crack down on people smugglers and traffickers were short-sighted.

"Those desperate people will go through the windows if you close that doors," Simonovic said.

Turkey, Lebanon, Jordan as well as Kenya [which hosts refugees from Somalia] were so "saturated." he said. "Now that they are not staying in Lebanon, Jordan and Turkey, it's Europe that sees them at their doorstep," he said.

"This was something which we were warning (about) all the time."

Simonovic said the vast majority of people abandoning their homelands were refugees, a legal term that imposes obligations on recipient countries to protect them.

Earlier this week, the UN children's agency UNICEF said more than 13 million children from conflict-scarred countries, including Syria, Iraq and Yemen, were not able to attend school. The resulting risks were a lost generation, more militancy and migration.