The UN calls for a radical global rethink of agricultural subsidies in a new report, saying more than 80% of the government funds either distort prices, harm the environment, or feed inequality. 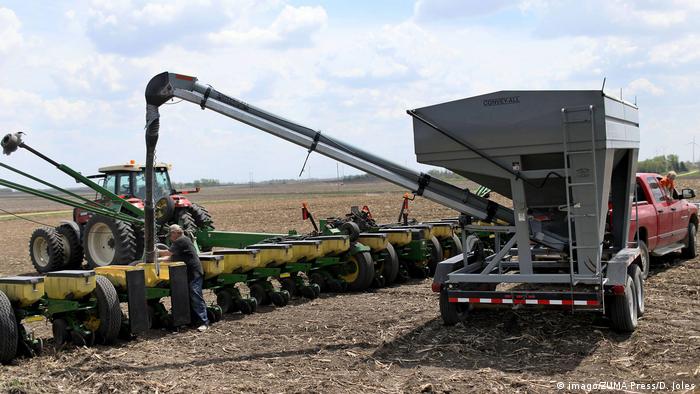 The UN is calling for root and branch reform of agricultural subsidies, a form of public sector spending it expects to balloon in the coming years

Three UN agencies on Tuesday called on governments around the world to reappraise and reorganize their support for their farming sectors.

The report argues that $470 billion (roughly €400 billion) of the $540 billion spent on agriculture subsidies globally would need to be changed to be environmentally sustainable and fair.

Qu Dongyu, director-general of the Food and Agriculture Organization (FAO), called the report a "wake-up call" for governments. He said prompt action would "contribute to the Four Betters: better nutrition, better production, better environment and a better life."

Appeal to reconfigure, not to eliminate

Titled "A Multi-Billion Dollar Opportunity" and published ahead of a UN food systems summit next week, the study was also commissioned by the UN Environment Program (UNEP) and the UN Development Program (UNDP).

The report stressed that it was calling for "reconfiguring agricultural producer support rather than eliminating it."

According to the study, most current subsidies took the form of either price incentives like import tariffs and export subsidies, or funding tied to the production of a specific commodity or crop.

"These are inefficient, distort food prices, hurt people's health, degrade the environment, and are often inequitable, putting big agri-business ahead of smallholder farmers, a large share of whom are women," the report said.

The UN also estimates a threefold increase in government spending on agriculture in the coming decade, saying the total could reach almost $1.8 trillion by 2030, making rapid action more important.

It also noted how 811 million people faced chronic hunger in 2020, 2.37 billion lacked year-round access to adequate food, and 3 billion could not afford a healthy diet.

Meat and dairy, pesticides and monocultures in focus

The report calls on developed countries to reconsider support "for an outsized meat and dairy industry, which accounts for 14.5% of global greenhouse gas emissions."

It also urges less developed countries' governments to "consider repurposing their support for toxic pesticides and fertilizers or the growth of monocultures."

"By shifting to more nature-positive, equitable and efficient agricultural support, we can improve livelihoods, and at the same time cut emissions, protect and restore ecosystems, and reduce the use of agrochemicals," UNEP's executive director, Inger Andersen, said.