The UN is ending the involvement of police units from Burundi in the Central African Republic. This follows what the UN describes as "serious and ongoing human rights violations." 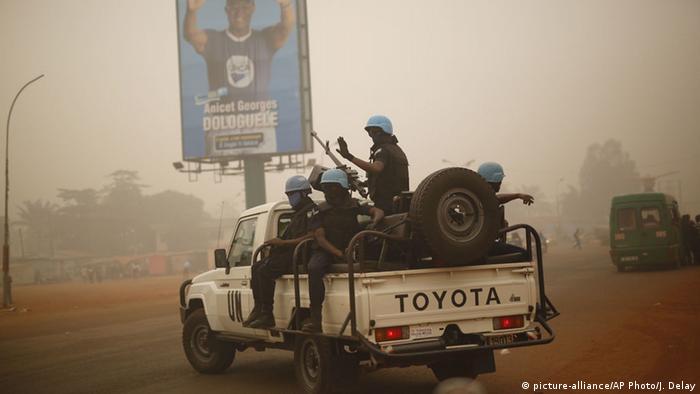 UN officials on Friday announced that Burundi's police units stationed in the Central African Republic (CAR) will not be replaced at the end of their tour, around September. Burundi has 280 police officers deployed with the UN mission in the nation's capital, Bangui.

"In light of the current situation in Burundi, a decision has been taken at UN headquarters not to replace the units serving in the country when their tour of duty ends," UN spokesman Farhan Haq said in a statement.

In February, Burundian nongovernmental organization FOCODE requested that the UN investigate allegations of human rights abuses by the police units serving in Bangui.

According to FOCODE, Burundi's President Pierre Nkurunziza has rewarded security personnel with a history of targeting his political opponents by offering them roles in UN missions.

The UN's decision was made "given the current allegations of serious and ongoing human rights violations in Burundi," said Stefan Feller, the top police adviser for UN peacekeeping.

Although the African nation's police units are affected, some 840 Burundian military troops will continue serving in the Central African Republic, the UN said.

The UN's announcement comes as the US Treasury Department sanctioned two government officials and one rebel leader linked to violence that has followed Nkurunziza's decision to run for a third term, which opposition groups said violated the nation's constitution.

Faustin-Archange Touadera won a second term in an election that took place against a backdrop of violence by rebel groups. An investigation has been launched into former president Bozize, who has been accused of a coup.