The UN High Commissioner for Human Rights has condemned the deadly Tel Aviv attack but said the cancellation of Palestinians' entry permits may amount to collective punishment. The assault left four people dead. 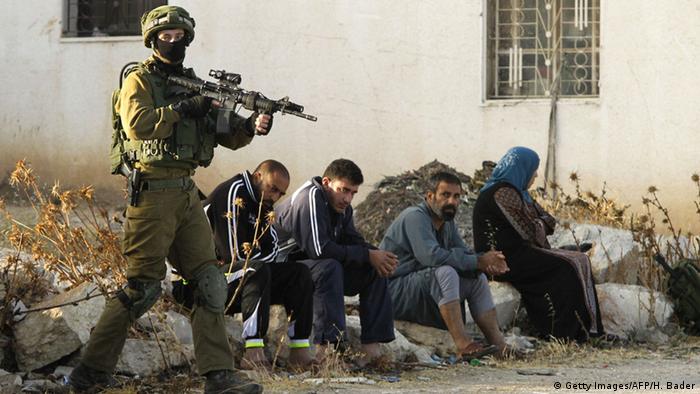 Hussein's spokesperson, Ravina Shamdasani, told reporters that the UN official believes the cancellation of permits "will only increase the sense of injustice and frustration felt by Palestinians in this very tense time."

The Israeli government also said it would send more troops to the occupied West Bank in the wake of the gun attack.

The decision to revoke the Palestinians' permits on Thursday came in response to one of the deadliest attacks carried out by Palestinians in recent months. Two gunmen opened fire in an open air market near the Israeli military headquarters on Wednesday night, killing four and wounding at least five others in Tel Aviv.

The decision was announced by the COGAT Israeli defense agency. Palestinians use the holy month to visit family members in Israel, attend prayers in Jerusalem and travel abroad from Tel Aviv airport.

Israel has also suspended work permits for 204 of the attackers' relatives.

The West Bank village of Yatta, home to the attackers, is also under lockdown by Israeli security, with no one allowed to leave or enter the village except in humanitarian or medical emergencies. The village has become a flashpoint for violence in recent months.

Hamas, the Islamic militant group that rules Gaza, did not claim responsibility for the attack but welcomed it nonetheless.

The UN human rights body condemned the Tel Aviv attacks but said it was also deeply concerned about Israel's response.

"Israel has a human rights obligation to bring those responsible to account for their crimes. And this it is doing. However, the measures taken against the broader population punish not the perpetrators of the crime, but tens - and maybe hundreds - of thousands of innocent Palestinians," Shamdasani said.

Escalating violence has killed at least 207 Palestinians, 28 Israelis, two Americans, an Eritrean and a Sudanese since October.

Most of the Palestinians killed were carrying out knife, gun or car-ramming attacks against security officials or civilians, according to Israeli authorities. Others were killed in clashes or by Israeli airstrikes in the Gaza Strip.

Most of the attacks have occurred in east Jerusalem or the West Bank, territories seized by Israel after the 1967 war. Palestinians want the occupied land for their future state.

Four people have been killed and several more wounded after Palestinian gunmen opened fire at a popular nightspot in Tel Aviv. The attack is one of the worst in a wave of violence plaguing the region in recent months. (08.06.2016)

After six months of near-daily violence, Israeli Prime Minister Benjamin Netanyahu has noted a "significant decline" in Palestinian attacks on Israelis. But he has warned that the trend could be reversed. (10.04.2016)