The UN Security Council said on Friday plans to reopen Varosha could "raise tensions" and "harm prospects for a settlement" in Cyprus. Varosha could soon be reopened despite objections from the international community

The UN Security Council (UNSC) on Friday condemned Turkey's recently announced plans to reopen the coastal town of Varosha in Northern Cyprus that has remained shuttered since the 1974 conflict that divided the island in two.

In a joint statement, the 15-member council raised "the need to avoid any further unilateral actions not in accordance with its resolutions."

The UNSC added that reopening Varosha "could raise tensions on the island and harm prospects for a settlement."

The European Union, United States and the Republic of Cyprus in the south have already condemned Turkish plans to reinstate the civilian use of the town in northern Cyprus. 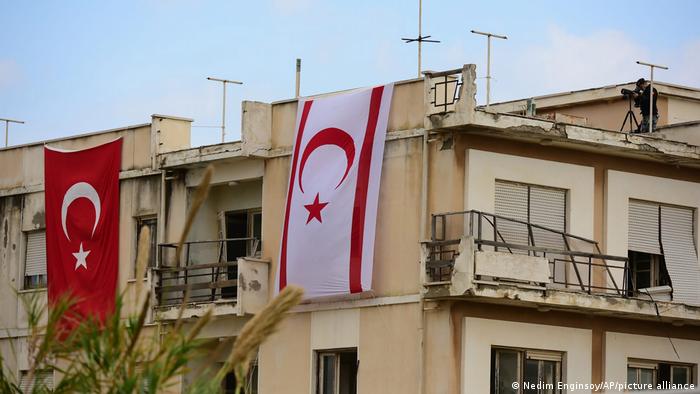 Moves to reopen Varosha were initiated in November 2020

Varosha, or Maras in Turkish, was sealed off and has remained uninhabited since the war that split Cyprus into a Turkish-controlled north and Greek-controlled south, when Turkish troops invaded
following a Greek coup to annex the island.

What are Turkey's plans?

Despite the rebukes, Turkey seems to be pushing on with its two-state solution for the island after the failure of a 2004 UN plan to reunify the country.

On a trip to the north of divided Nicosia on Tuesday, Turkish President Recep Tayyip Erdogan declared that a half-century of UN efforts had failed and that there should be "two peoples and two states with equal status."

Erdogan was in northern Cyprus to mark the 47th anniversary of the 1974 invasion.

Thousands of people abandoned their homes in the north of Cyprus when it was invaded by Turkish forces in 1974. 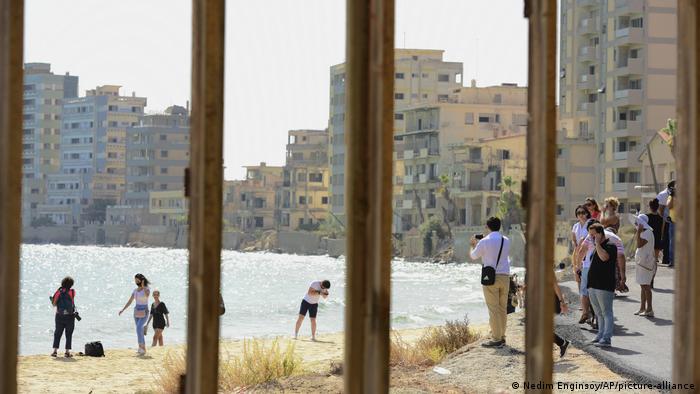 "We reject the Presidential Statement made by the UN Security Council," said the Turkish Foreign Ministry in a quick retort.

It said the US, EU and other countries' opposition to the move "are based on unfounded claims and inconsistent with the realities on the Island."

The Turks blamed the "intransigent attitude of the Greek Cypriot administration," for not being able to set up a "bizonal" federal arrangement on the island.

Only Turkey recognizes Northern Cyprus as a full state.

Turkish President Recep Tayyip Erdogan says talks about the divided island of Cyprus should aim for a settlement between two separate states. Erdogan made his comments while attending a picnic in northern Cyprus.