The UN's special envoy for Yemen has warned of a protracted conflict similar to spiraling crises in Iraq, Libya and Syria. Further advances by Houthi rebels and Islamist terrorist attacks prompted the words of warning. 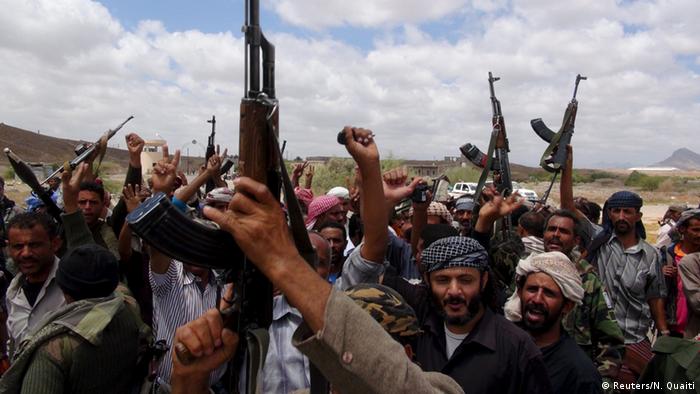 In an emergency session, the 15 members of the UN Security Council convened on Sunday to deliberate over a political crisis in Yemen which it fears could plunge the unstable country into a civil war.

Jamal Benomar, who acts as the UN's special envoy for Yemen, called on the Security Council to promote "peaceful dialogue."

Shiite militants from Yemen's north, known as Houthis and allied with former President Ali Abdullah Saleh, launched a takeover of the capital city, Sanaa, in September. By January, President Abed-Rabbo Mansour Hadi was forced to resign and placed under house arrest. He subsequently escaped to the southern city of Aden, which he has declared a temporary capital. 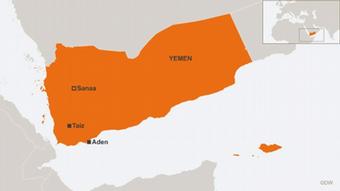 However, Benomar stressed that while neither side possessed the capabilities to take full control of Yemen, supporting one group over the other could introduce a "protracted conflict in the vein of an Iraq-Libya-Syria combined scenario."

"It would be an illusion to think that the Houthis could mount an offensive and succeed in taking control of the entire country," Benomar said via video link from Doha. "It would be equally false to think that President Hadi could assemble sufficient forces to liberate the country from the Houthis."

A twin suicide bombing over the weekend has also concerned officials who fear that both the Yemeni al Qaeda offshoot al Qaeda in the Arabian Peninsula (AQAP) and the "Islamic State" are going to take advantage of the destabilized state.

US troops were evacuated from the airbase of al-Annad on Saturday after AQAP fighters seized a nearby city. The airbase had served as the launching pad for US drones deployed to strike the al Qaeda militants.

The UN Security Council is to convene in an emergency session on Yemen, where a separatist movement and terrorism threaten to set off a civil war. US troops aiding anti-al Qaeda efforts have already been evacuated. (22.03.2015)

Shiite Houthi rebels have entered the key Yemeni city of Taez, seizing several state facilities. The worsening security situation in Yemen has prompted the US to pull out all its personnel. (22.03.2015)