Residents in Aleppo's eastern rebel-held region are being handed out the last remaining food rations, the UN says. The organization's aid convoys have been unable to access the area since July. 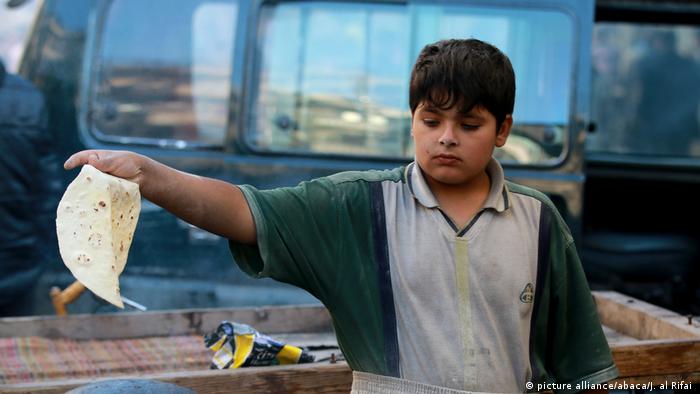 "The reports we have now from within East Aleppo is that the last food rations are being distributed as we speak," Jan Egeland, the head of a UN-backed humanitarian taskforce for Syria, told journalists.

"I don't think anybody wants a quarter of a million people to be starving in east Aleppo," he said, adding that "the consequences of no help and no supplies will be so catastrophic I cannot even see that scenario."

He said the situation was "horrendous" in the area that has been surrounded by Russia-backed Syrian forces. He said the UN had appealed last week to all warring parties to allow food, water and medical supplies into the city and help evacuate 300 patients along with their families.

Egeland also warned that cold weather would be a "real killer" and that the UN needed fast approval of its relief plan, which involves the delivery of medical and food supplies as well as evacuation of emergency patients and deployment of medical personnel.

The warring sides, including anti-Syrian government rebels and the Russia-backed Syrian army, have put forward several conditions and complicated attempts to help civilians. "I haven't seen a place where there has been so much politicization, manipulation of aid as we have seen in Syria," Egeland said, urging the US and Russia to try and influence the rebels and the army to allow the humanitarian operation.

"Parties that are sponsoring parties on the ground have to help us more," the UN official said. Meanwhile, Russia has said it is continuing its humanitarian pause, but heavy fighting on the ground has made access impossible.