The UN Security Council has agreed to extend the mandate of a European military mission in Bosnia. The decision came amid a simmering row over a diplomatic report citing a separatist threat. 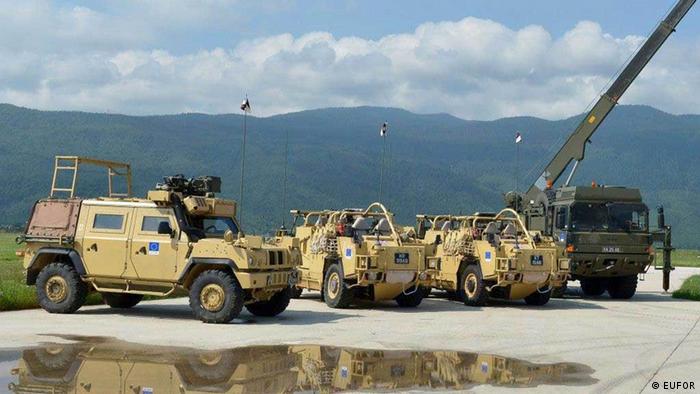 Some 600 troops from the EU force are in Bosnia-Herzegovina

The United Nations Security Council on Wednesday voted to renew the mandate of the European Union's military mission to Bosnia-Herzegovina.

The vote took place amid concerns that the leader of the country's Bosnian Serbs has been ramping up separatist threats and putting peace in jeopardy.

Dispute over UN role in Bosnia

The decision to renew the EU mandate was reached unanimously, despite disagreements over a report into danger of secession in Bosnia-Herzegovina.

Russia had blocked members from hearing a warning from the UN's top official in Bosnia, Christian Schmidt of Germany. He was set to present a report warning that the Balkan nation faces an "existential threat" from the separatist actions of Bosnia Serbs.

Moscow not only objects to the report, which it said was an "extreme biased and anti-Serb document," but also the very existence of the post of an international high representative to Bosnia. 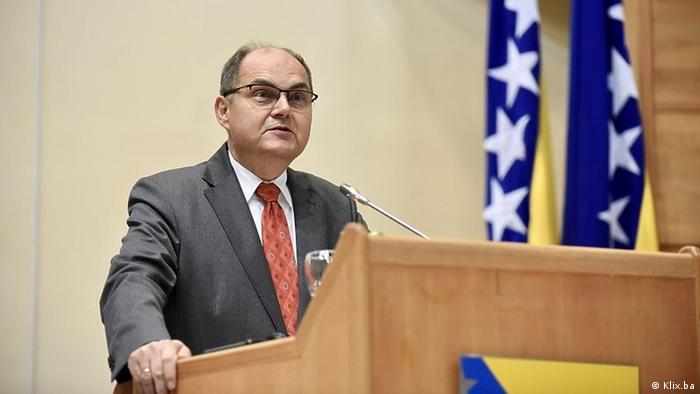 The Kremlin says the position is inherently biased and refuses to recognize Schmidt, who has just taken office, as the incumbent.

In what diplomats described as a move to placate Russia and China — and ensure their support to renew the EU peacekeeping operation — Schmidt did not brief the council on Wednesday.

However, UN Secretary-General Antonio Guterres circulated the contents of Schmidt's reports to the 15 Council members.

After the vote on the EU force, warnings were raised by the United States, the United Kingdom, Ireland and other nations giving their strong backing to the importance of maintaining the high representative.

De Riviere also condemned "all forms of questioning of the territorial integrity and the existence of Bosnia and Herzegovina as a state."

Russia's Nebenzia said he objected to the report from what he called "a private person" being circulated.

Bosnia has been split down ethnic lines since the war in the 1990s. It is made up of two autonomous entities — the Serbs' Republika Srpska and the Muslim-Croat Federation — which are only linked by weak central institutions. Bosnian Serb leader Milorad Dodik has promised the formation of a Serbian army and is seeking to abolish the mandate for federal institutions inside the Bosnian Serb republic.

The EU Force in Bosnia took over from a NATO peacekeeping mission in 2004.

Bosnia and Herzegovina: The war in books and films

Twenty-five years ago, the Dayton Agreement ended the war in Bosnia and Herzegovina. The scars of war gave rise to diverse creative works.