The UN's special envoy to Libya has handed the country's rival governments a draft proposal for forming a unity government. It's seen as one of the last hopes to stop fighting and bring stability. 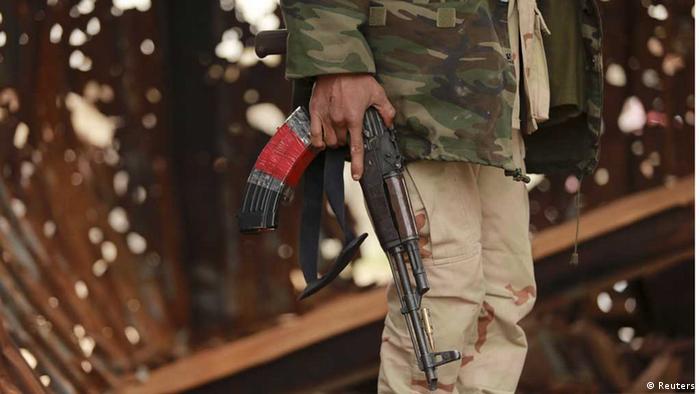 Talks in Morocco on Monday brought together Libya's two rival governments, in what is being viewed as a last-ditch attempt to stop ongoing violence.

Libya currently has two parliaments, one with Islamist backing and the other which is recognized internationally, in Tobruk. Fighting between forces from both governments has battered the OPEC nation since the 2011 uprising that ended the rule of longtime dictator Moammar Gadhafi. The power vacuum left by Gadhafi's ouster has seen jihadist groups flourish in Libya, with both the "Islamic State" and al Qaeda managing to gain a foothold there.

UN special envoy Bernardino Leon called on both sides to take advantage of an opportunity to unify their country, presenting what is the fourth version of a draft proposal for forming a unity government.

Leon warned last week that Libya was running out of cash and risked ceasing to be a functional state.

"Today the people of Libya have their eyes on this gathering, on you, in the hope that you'll save your country and your people from protracted conflict," he said. "I am full of hope that this draft represents a fair and reasonable way forward."

Leon hopes for an agreement to end the conflict before Ramadan begins, on June 17.

The goal is the formation of a one-year-long government of national unity, where a council of ministers headed by a prime minister, with two deputies, will have executive authority based in Tripoli. The agreement also addresses the terms of a ceasefire.

Delegates from both factions said they would adjourn to study the latest draft, before reconvening in Morocco.

"What I can say is at the end of this week, we will have a very clear idea on who is for peace and who is not, and that will help us to focus our efforts in the future," said Deborah Jones, US ambassador to Libya.

Migrants in Libya have been exposed to of abuse that force many to make the perilous journey across the Mediterranean, Amnesty International claims. Libya, once a stepping stone to Europe, has become a dangerous trap. (11.05.2015)

Libya's internationally recognized government in Tobruk has admitted to attacking a Turkish cargo ship. The incident claimed at least one life and left several others wounded. (11.05.2015)

Headed for Europe, waylaid in Libya

Libya is a way station in many migrants' journeys across the Mediterranean to Europe. For some it becomes a jail, for others a death trap, even before they make contact with smugglers. Nancy Porsia reports from Misrata. (11.05.2015)