UN: Not enough money for refugees in Iraq

More than three million Iraqis are on the run in their own country. The United Nations are sounding the alarm bells. The refugee situation is getting increasingly desperate due to a shortage of funding. 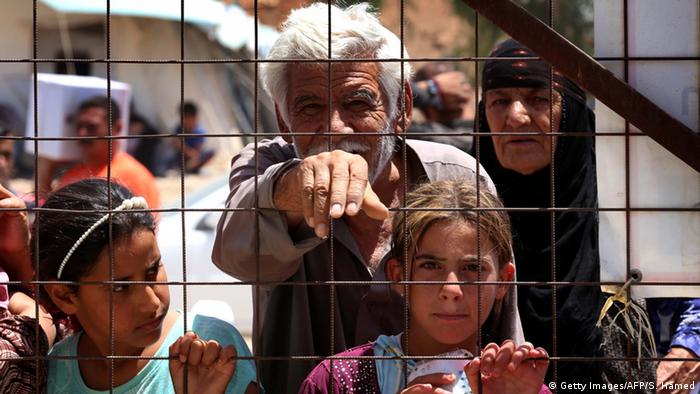 Now, more than a year after "Islamic State" (IS) gained a foothold in Iraq, UN representative Dominik Bartsch is painting a bleak picture of the situation in the country: The government, warns Bartsch, is broke, and the international community isn't spending enough money on UN emergency relief.

"We're no longer capable of even securing basic human needs," the UN co-ordinator for humanitarian assistance in Iraq said during a press conference in Berlin. He was talking about the basic human needs of as many as 3.2 million internally displaced refugees, who have been looking for protection from the "Islamic State" terror militia inside Iraq.

No money for food and water

The UN needs $500 million for the second half of 2015 in order to provide these people with just the bare essentials, like food and drinking water. Health and education programs have long been cut back, Bartsch said, and yet there was a shortage of funds everywhere. Donors, so far, have transfered merely 40 percent of the pledged amount to UN accounts: "We need the missing 300 million dollars very urgently."

Those who regard Iraq as an oil-rich state which must be able to tackle its own internal refugee problem are wrong, argued Bartsch. Low oil prices and the costly counteroffensive against "IS" had resulted in enormous financial strains for the government. As a consequence, an ever-increasing number of Iraqis are fleeing to Europe. 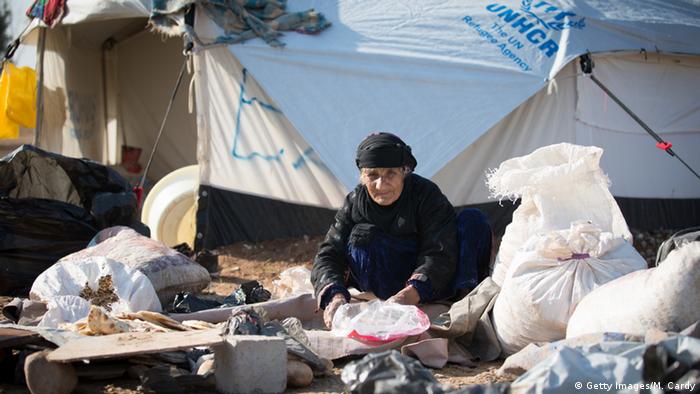 A displaced Iraqi, who was forced to flee her home because of 'Islamic State'

No progress in the fight against "IS"

Initially, these people had savings and lived in the hope that "IS" would soon be pushed back, enabling them to return to their homes, Bartsch said. Both, however - funds and hope - have been exhausted in the meantime.

The turning point has been reached in Bartsch's view. Those who have nothing to drink or eat, who neither have access to a job, nor to education for their children, no longer see any prospects and leave the country. "If the basic conditions in Iraq don't change, we have to assume that this trend will continue," Bartsch warns.

The General Assembly in New York next week will see another effort by the UN to raise funds for its Iraq emergency relief program. It is estimated that almost $1 billion is needed in 2016 - again, for the bare essentials only.

Not wanting to point a finger at specific countries and their poor payment practices, Bartsch stressed that the entire international community had to show its solidarity here. Providing internal refugees with water and food, however, could only be a first step, Bartsch noted. In addition, prospects had to be generated for people to stay in Iraq or return there.

A batch of 75 rebels trained by US forces in Turkey have entered Syria, according to a UK-based monitoring group. The fighters were trained at a camp near the Turkish capital, Ankara. (20.09.2015)

Canada's conservative government is to speed up the processing of applications from Syrian and Iraqi asylum seekers. The move comes after opposition party criticism ahead of elections next month. (20.09.2015)

Israel to probe purchase of German submarines under Netanyahu