The UN Human Rights Council has passed a resolution adopting a report by Justice Richard Goldstone accusing both Israel and the Palestinian group Hamas of committing war crimes in their conflict early this year. 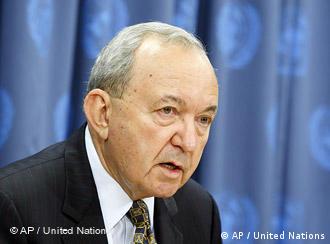 The council approved the resolution on Friday after two days of debate on the Goldstone report, which it had commissioned following the three-week conflict that Israel launched late last year in response to rocket fire from Gaza.

Both Israel and the United States have warned the report could jeopardize prospects for peace in the Middle East.

At the special session in Geneva, 25 of the UN body's members voted in favor of the resolution; six, including the United States and some European countries, voted against it and 11 abstained.

The Goldstone report recommended that the UN Security Council refer the matter to the prosecutor at the International Criminal Court in The Hague if the Israelis or Palestinians failed to investigate the alleged war crimes and crimes against humanity themselves in an objective and independent manner.

Both Israel and Hamas rejected the charges, but Israel, which had already dismissed the report as biased and flawed, announced it has launched an investigation.

After being published earlier, the Goldstone report is officially presented at the United Nations' main human rights body. The study says both Israel and Hamas committed war crimes and has both backers and detractors. (29.09.2009)

A report published by the United Nations says that both Israel's military as well as Palestinian militants committed war crimes in the Gaza war and may have also committed crimes against humanity. (15.09.2009)