The amount of greenhouse gases in Earth's atmosphere has hit a new record high. A report from the UN weather agency shows that 2012 continued an ever-faster rise in the gases that are driving climate change. 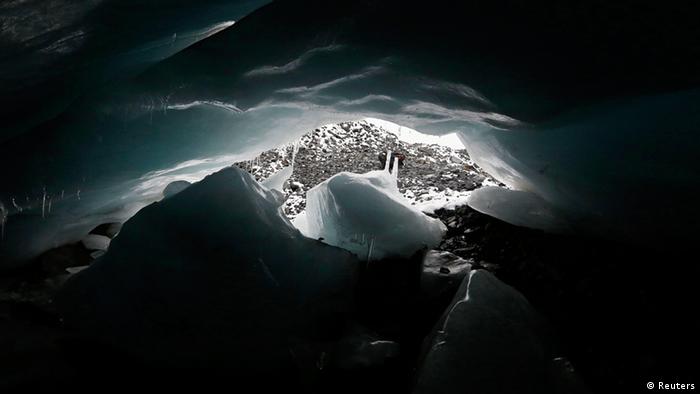 On Wednesday, the World Meteorological Organization (WMO) released its annual report on greenhouse gases, which showed that concentrations of carbon dioxide, methane and nitrous oxide all broke fresh records in 2012.

For example, global concentrations of CO2, the main culprit in climate change, reached 393.1 parts per million last year - or 141 percent of preindustrial levels, defined as before 1750.

"The concentrations are reaching once again record levels," said organization head Michel Jarraud. "The observations from WMO's extensive Global Atmosphere Watch network highlight yet again how heat-trapping gases from human activities have upset the natural balance of our atmosphere and are a major contribution to climate change," he added.

The report comes a day after the UN Environment Programme warned that the chances of limiting the global temperature rise to 2 degrees Celsius (3.6 degrees Fahrenheit) over preindustrial levels had swiftly diminished, ahead of UN climate talks that open in Warsaw next week.

The UN has chased its target of limiting any rise to two degrees Celsius through efforts to curb Earth-warming greenhouse gas emissions, mainly caused by burning fossil fuels to power industry, transport and farming.

The atmospheric increase of CO2 from 2011 to 2012 ran higher than the average growth rate over the past 10 years, the WMO reported, stressing that the global concentrations of CO2 last year had come dangerously close to the symbolic 400 parts per million threshold. During the year, several Arctic stations measured CO2 concentrations above that level and the global annual average looks set to cross it in 2015 or 2016, the UN agency reported. Such a level has not existed on Earth in 3 to 5 million years, experts say, putting the last such levels at a time long before anything resembling humans existed.

British magnate Sir Richard Branson is a strong advocate of business solutions to tackle climate change. He told us about island economies offering a great chance for transitioning from fossil fuels to renewables. (05.11.2013)

The WMO reported a 32 percent increase in "radiative forcing" - the warming effect on climate - in the period between 1990 and 2012 because of heat-trapping gases. CO2 accounted for 80 percent of this increase. Concentrations of methane, meanwhile, ran to 260 percent of the preindustrial level, and nitrous oxide reached 120 percent.

Only about half of the CO2 emitted by human activities remains in the atmosphere, with the rest absorbed in the biosphere and in the oceans, the WMO reported.

Jarraud noted that the UN's Intergovernmental Panel on Climate Change had recently sounded the alarm over gas concentrations.

"According to the IPCC, if we continue with 'business as usual,' global average temperatures may be 4.6 degrees higher by the end of the century than preindustrial levels - and even higher in some parts of the world," Jarraud said. "This would have devastating consequences."