Fijian ambassador to the United Nations Peter Thomson has been elected president of the General Assembly, promising to make the environment his priority. He narrowly defeated Cypriot diplomat Andreas Mavroyiannis. 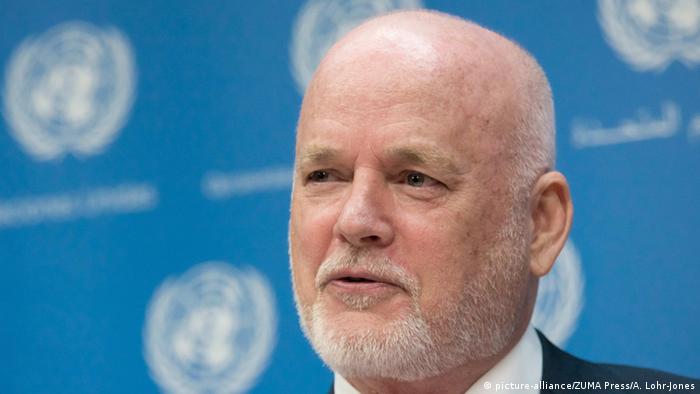 In a rare contested election, the UN General Assembly voted for Fijian ambassador Peter Thomson by the narrow margin of 94 to 90.

Serving as Fiji's ambassador to the assembly, Thomson beat Cypriot Permanent Secretary of the Ministry of Foreign Affairs Andreas Mavroiannis. The post is largely ceremonial, but has a high profile.

The timing of Thomson's election means he will oversee the process of searching for a new UN Secretary General to replace Ban Ki-moon, who is set to finish his second five-year term at the end of the year.

The current president of the assembly, Denmark's Mogens Lykketoft, has tried to make the method of choosing a new Secretary General more transparent, with candidates facing question-and-answer sessions in public.

Place in sun for island nations

Normally a single candidate for the presidency of the assembly is elected by consensus, without the need for a formal head-to-head vote. The candidate is normally nominated by the 15-member Security Council, in a somewhat secretive process, and ratified by the parliament.

Thomson is the first assembly president to come from the Pacific island states.

"It's a great moment for the Pacific islands," Thomson told the General Assembly. "We bring special perspectives on climate change and on oceans issues. You can expect me to be vocal on these issues."

Fiji was the first country to ratify the Paris climate deal on global warming. Thomson also said he would work to try to build momentum on sustainable development.