Humanitarian groups are unable to deliver vital supplies into eastern Ghouta in the short pause in fighting offered by Russia, the UN reports. But aid convoys are having more luck in other areas of Syria. 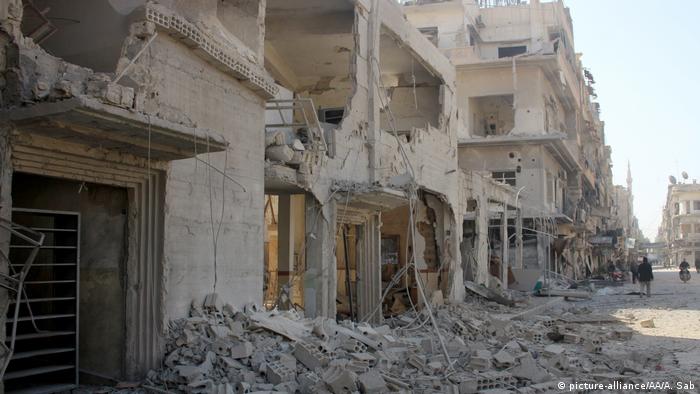 On Thursday, the United Nations called on Russia to implement a 30-day ceasefire in eastern Ghouta, reporting that the "compromise" of a daily five-hour pause in attacks was ineffective for delivering aid.

In February, the UN Security Council voted unanimously for a 30-day Syria-wide ceasefire to allow aid deliveries and medical evacuations, but Russia-backed government forces have only implemented a brief daily pause in their otherwise relentless offensive in eastern Ghouta, a region outside of Damascus. 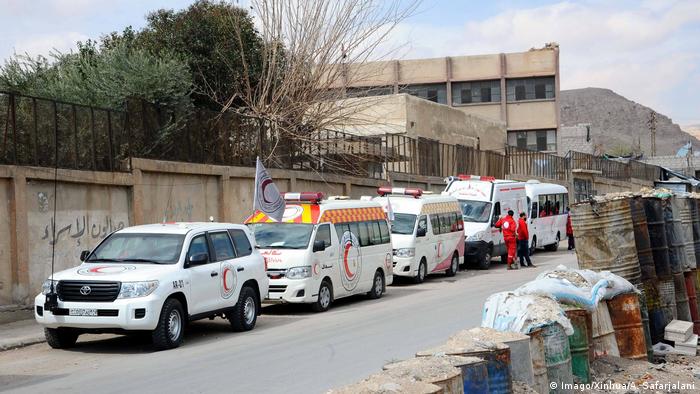 Two UN envoys addressed the issue, both saying it was impossible to deliver aid and evacuate medical cases effectively within a five-hour window.

Jan Egeland, head of the UN humanitarian taskforce for Syria, told diplomats from 23 states attending a weekly meeting in Geneva:

The US State Department later slammed the humanitarian corridors as a "joke," saying people were afraid to use them for fear of conscription, exile or death.

Elsewhere in Syria on Thursday, a convoy with aid for 50,000 displaced people arrived in Afrin, according to the International Committee of the Red Cross. Turkey continues to fight against Kurdish rebels in the area.

Hundreds killed: The bloody campaign in eastern Ghouta, a series of towns and farms outside the Syrian capital, has killed more than 550 people in just 11 days, according to the Syrian Observatory for Human Rights. It is one of the last major rebel outposts near Damascus and the recently stepped-up efforts to crush rebel groups has had massive collateral damage.

Is there any relief in Eastern Ghouta? Journalist Nour Adam speaks to DW

Complex task: Delivering aid to war zones requires tricky logistics. The UN and the International Committee of the Red Cross both said it is impossible to deliver humanitarian aid in five hours. They say it can take a full day just to pass all the checkpoints, and then they have to unload the goods.

Seven-year war: More than 300,000 people have been killed since the conflict began in 2011 following a government crackdown on protesters calling for the release of political prisoners and for President Bashar Assad to step down. Since then, the conflict has evolved into a multifaceted war, drawing in global superpowers, neighboring countries and non-state actors.