The United Nations has called for a government of national unity in Burundi following elections described as not credible by the EU and the US and reports of excessive lethal police force. Results are expected on Friday. 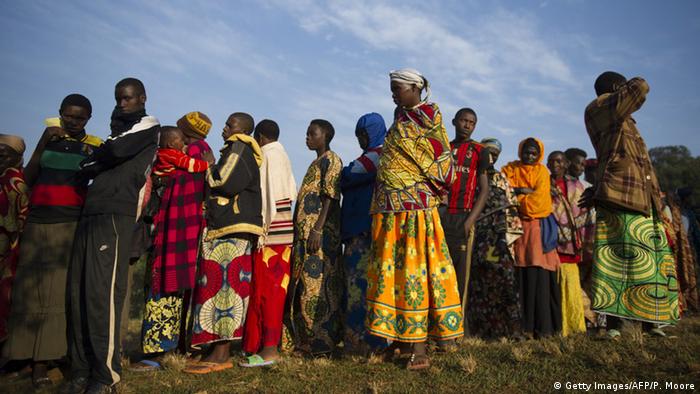 In a statement issued on Thursday, UN Secretary-General Ban Ki-moon said "whoever wins the presidential elections in Burundi should form a government of national unity involving those who participated in elections and those who did not."

While Ban noted what he described as the "broadly peaceful" conduct of polling in the Burundian presidential elections on 21 July, both the European Union and the United States said the elections were not credible.

Current President Pierre Nkurunziza ran for a third term, breaking the two-term limit agreed under a peace accord a decade ago. Opposition parties boycotted the poll.

The EU's foreign policy chief Federica Mogherini said in a statement on Thursday "The European Union is preparing ... to adopt, if necessary, targeted restrictive measures against those whose actions led to acts of violence, repression and serious human rights abuses or hinder the search for a political solution" in Burundi. Six government officials are expected to be targeted with asset freezes and travel bans.

There were weeks of protests ahead of the June 29 parliamentary elections in Burundi and violence with explosions and gunfire ahead of the presidential vote last Tuesday. The UN estimates that by mid-July more than 145,000 people had fled the violence to neighboring countries.

In a report released on Friday, human rights group Amnesty International found "that Burundian police used excessive lethal force, including against women and children, to silence those opposed to President Pierre Nkurunziza’s bid for a third-term."

US Ambassador to Burundi Dawn Liberi said on Thursday "Over the next couple of months we will be reviewing very carefully the level of our assistance, what programmes will be continued or not."

The US provides about $80 million (72 million euros) a year for Burundi's military and security forces, along with other aid.

"What we are calling for is for all parties to go back to the mediation process and try to forge a way forward that is inclusive," Liberi said.

The government in Burundi claims the elections were fair and blamed the opposition for creating tension. The government relies on aid to fund half its budget.

Despite the reliance, presidential adviser Willy Nyamitwe said "We prefer our dignity, not people to come to impose their law and their point of view in our country."