April was Iraq's deadliest month in nearly five years, the UN has reported. More than 700 people were killed in nationwide violence, prompting concern over security and the possibility of renewed sectarian conflict. 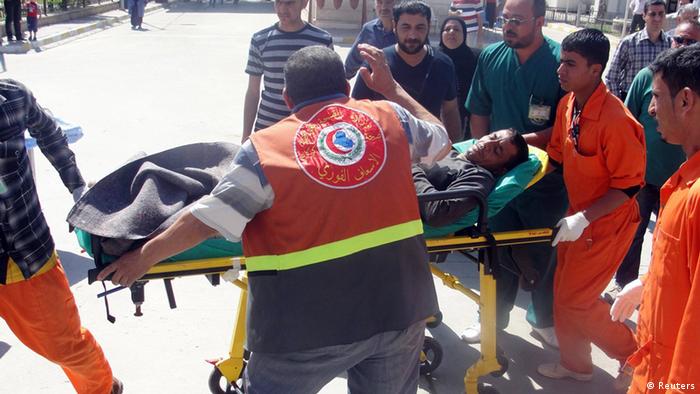 "The month of April was the deadliest since June 2008," the UN mission to Iraq reported in a statement Thursday.

"A total of 712 people were killed and another 1,633 were wounded in acts of terrorism and acts of violence," the UN found.

The capital district of Baghdad was the worst affected, with a total of 697 casualties - 211 killed and 486 injured - followed by the regions of Diyale, Salahuddin, Kirkuk, Ninewa and Anbar, according to the statement.

The path to power in Iraq is through its provinces

Iraqi Prime Minister Nuri al-Maliki used the country's provincial elections to shore up his power base. But a new onslaught of violence overshadowed the vote and could bring down the central government in Baghdad. (27.04.2013)

The last time Iraq saw violence at such a level was in June 2008, the UN reported, one month before the departure of the last five US brigades sent to Iraq as part of the troop "surge."

The most recent wave of violence began on April 23, when security forces clashed with Sunni anti-government protesters near the northern Iraqi town of Hawijah, leaving 53 people dead. Dozens more died during subsequent unrest, including revenge attacks on security forces.

The late-April violence was the deadliest so far linked to protests that originated in Sunni areas of Shiite-majority Iraq over four months ago.

Sunni protesters have called for the resignation of Shiite Prime Minister Nuri al-Maliki and have criticized authorities for targeting their community with wrongful detentions and accusations of terrorism involvement.

Iraq experienced its worst period of violence between 2006 and 2008, at the peak of its sectarian conflict that took the lives of tens of thousands of people.