UN agrees to urgent debate on racism and police violence

The UN Human Rights Council will hold a debate this week on racism and police violence, in response to an urgent request from African nations. 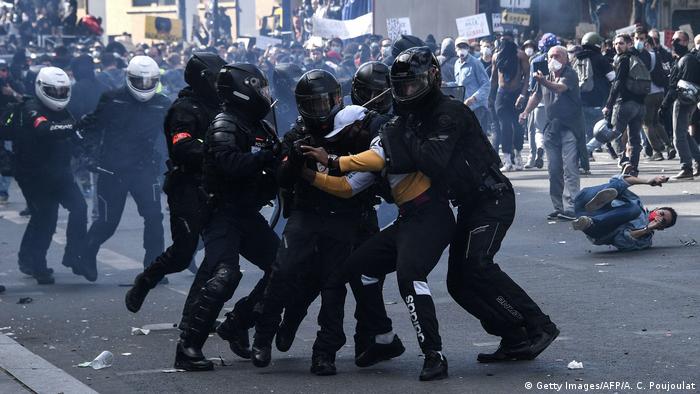 The Human Rights Council of the United Nations (UN) on Monday agreed to a request from African countries to hold an urgent debate this week on allegations of "systemic racism, police brutality and violence against peaceful protests" in the US.

The decision, made at the council's first meeting since breaking due to the coronavirus outbreak, came after the killing of an unarmed black man at the hands of the US police in May sparked a wave of global protests.

"The death of George Floyd is unfortunately not an isolated incident," a statement from the council said.

Meeting for the council's 43rd session, Council President Elisabeth Tichy-Fisslberger proposed holding the debate on Wednesday this week. The proposal was met by no objections from any of the 47 council members and passed by consensus.

Burkina Faso last week filed the request for the debate on behalf of African countries, the statement said.

The US is not a member of the Geneva-based council, having left two years ago over claims of bias against its ally Israel.

The council noted that some 600 activist groups and victims' relatives had also called for the special session.

"The numbers of previous cases of unarmed people of African descent who met the same fate because of uncontrolled police violence are legion," the statement said.