Nearly 5,000 civilians have been killed or hurt in the Afghan conflict in the first half of this year, according to the UN. The spike points to a deteriorating security situation since the withdrawal of foreign troops. 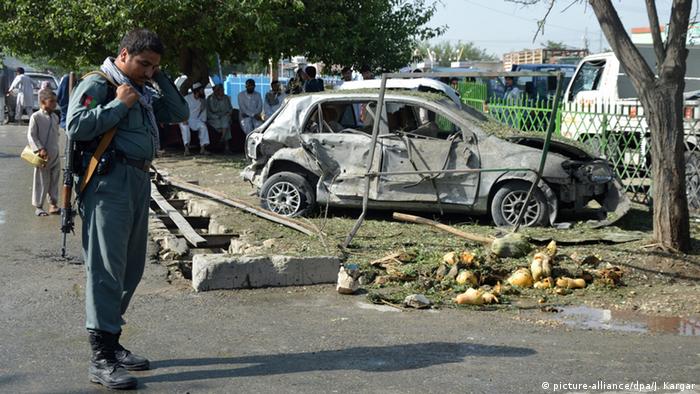 The total number of casualties in the conflict reached 4,921 in the first six months of 2015, an increase of 1 percent compared to the same period in 2014, the United Nations said in a report released Wednesday.

In perhaps a more alarming trend, so far in 2015 there were 23 percent more women and 13 percent more children among casualties compared to the beginning of last year.

Ground fighting between Afghan government forces and Taliban militants was to blame for the rise, the UN said, in a sign the 14-year conflict might be expanding.

"The thousands of civilians killed and injured demonstrate the continued failure of parties to the conflict to protect civilians from harm," said Danielle Bell, director of the Human Rights Unit at the UN's Assistant Mission in Afghanistan (UNAMA).

The report attributed around 70 percent of the deaths and injuries to the Taliban and other insurgent forces.

NATO combat troops ended their combat mission in Afghanistan at the end of last year. Since then, the country's security forces have been left to battle an escalating barrage of attacks from Islamist Taliban militants alone.

Around 12,000 NATO troops have remained behind for training and counterterrorism operations. Taliban forces, meanwhile, have sought to expand their influence northwards from strongholds in the south and east, as well as form alliances with other insurgent groups.

According to the UN report, the northern Kunduz province, where insurgents launched a spring offensive, proved the most dangerous area for civilians in the first half of 2015.

"This destruction and damage to Afghan lives must be met by a new commitment, by all parties to the conflict, to protect civilians from harm," UNAMA's Danielle Bell said.

Demands made by Taliban representatives, including the withdrawal of all foreign forces from Afghanistan, make a peace deal with Kabul unlikely. To achieve this, the militants must change their position, say experts. (29.07.2015)

One in ten of the world's children live in regions of war and conflict, according to UNICEF. It says long-term aid, especially education, can help whole generations to overcome the assumption that violence is normal. (30.06.2015)