Qantas will offer non-stop ultra-long-haul flights from Australia to the US and Europe. How will the 20-hour flights affect your mental and physical health? 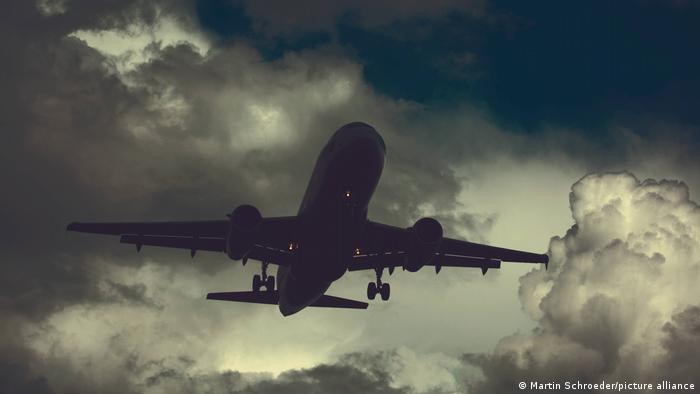 For many people, the idea of getting on a 13-hour flight is bad enough. But some airlines are now gearing up for non-stop flights of 20 hours or more — known as ultra-long-haul flights.

Qantas has ordered planes that will allow the Australian airline to offer non-stop flights from Sydney and Melbourne to New York and London.

Some might think non-stop flights are convenient. Others might will feel their stress levels go through the roof.

Catching a plane can be stressful from the get-go: Arriving at the airport on time, finding your way around huge and unfamiliar terminals, language barriers, security, and then getting on that plane with hundreds of strangers for all those hours with what seems like no escape.

You might think that longer the flight, the worse it gets. Well, the effects of flying are different for both body and mind, and it starts with your outgoing level of physical and mental health.

If you have a fear of flying, known as aviophobia or aerophobia, being on a plane is a particularly distressing experience.

There are two general groups of people who have fear of flying: First, there are those who have an existing panic disorder or agoraphobia — a fear of crowded spaces, says Richard McNally, a professor of psychology at Harvard University. Then there are people who fear that the plane will crash.

"Those in the first group usually have a history of panic in places where 'escape' is inconvenient or difficult, like in subways, planes or crowded stores. And those in the second group harbor many misconceptions about how common crashes are," says McNally.

But once you're in the air, the difference between a 13-hour flight and a 20-hour flight might not be that significant.

"Any anxiety that fearful people may have upon boarding the plane will likely decline as those feared events fail to materialize," McNally says. "Even panic attacks themselves are not dangerous and they dissipate on their own."

There are therapies and medication to help — ask your doctor for advice.

One major physical side effect of flying — whether you're on long-haul or ultra-long-haul — is jet lag.

Jet lag happens when a person crosses two or more time zones. It can put your circadian rhythm — the body's internal clock — out of sync and cause difficulty sleeping, as well as memory and concentration problems.

For every hour of time difference, a person can need a day to adjust, says Jochen Hinkelbein, a professor of Emergency Medicine at the University Hospital of Cologne and Vice President of the German Society for Aerospace Medicine.

It gets worse when a person makes a return trip, crossing multiple time zones, in a short amount of time.

That's when your wake and sleep rhythm gets "completely disturbed," says Hinkelbein.

The UK's National Health Service (NHS) recommends you change your sleep schedule to the new time zone as quickly as possible and go outside during the day because natural light will help you adjust.

Oxygen supply on a plane

The amount of oxygen on a plane is the same as on the ground. But when you fly at high altitudes, the air pressure in the cabin affects how oxygen is absorbed in the blood.

Your blood oxygen level should be between 95-100%, but that can drop when you're in the air. That's not a problem for most healthy people.

But if you have an existing condition such as asthma or chronic obstructive pulmonary disease (COPD), you may already start your flight with a lower blood oxygen level and then see that level fall even further during the flight.

"Someone with COPD might start with 92% [blood oxygen] on the ground and end up with 70% in the airplane," Hinkelbein says.

Low blood oxygen can result in hypoxemia, which can cause headaches, shortness of breath, a fast heartbeat, coughing, wheezing, confusion and a bluish color in the skin, fingernails and lips.

Exercise during the flight

Qantas says its new ultra-long-haul planes will have more spacious seating in "economy" and "premium economy" cabins. There will also be a "wellbeing zone" in the center of the aircraft to ensure people can stretch their legs, the airline says.

Movement is important to help prevent health issues, such as blood clots or deep vein thrombosis.

Blood clots do dissolve on their own, but if part of a clot breaks off and moves to the lungs, it can cause a blockage, or pulmonary embolism, and that can be fatal.

The US Centers for Disease Control and Prevention (CDC) says the longer a person is immobile, the greater the risk of blood clots and deep vein thrombosis.

And the risk goes up the older you are — over the age of 40 years, for instance. Other risks include obesity, recent surgery or injury, use of birth control pills containing estrogen, hormone replacement therapy, pregnancy or recent child birth, cancer or recent cancer treatment, and varicose veins, says the CDC.

How to stay healthy in-flight

First, if you have an underlying health condition, you should speak to your doctor before flying and make a plan for when to take any routine medication. Changing time zones can confuse normal routines, so it's important to be aware of the time in the city you left.

Secondly, Hinkelbein says you should go for a walk every two hours during your flight.

Also, drink about 100 milliliters of water every hour —  that will keep you hydrated but also encourage you to get up and walk to the lavatory.