Ukrainian mine blast kills at least 16

A coal mine explosion in eastern Ukraine has killed at least 16 miners, and injured three. A further nine miners are still missing. According to the emergencies ministry, the cause of the blast is currently unknown. 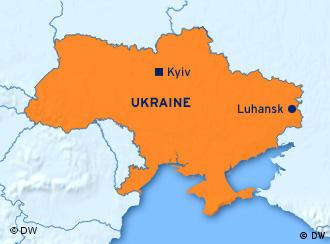 The mine was said to have had modern equipment

At least 16 miners were killed and nine are missing after a coal mine explosion in the Luhansk region of eastern Ukraine on Friday.

Two survivors were taken to hospital with burn injuries in the early hours of the morning. The fate of the nine missing miners is still unknown.

According to the emergencies ministry, 28 people were working in the mine when the blast occurred at 1.57 a.m. local time (2257 GMT.)

Little is currently known about the cause of the explosion, which reportedly took place around 915 meters underground the Sukhodolskaya-Vostochnaya pit.

"The cause of the blast is being determined," said a statement released by the Kyiv-based emergency ministry.

Ukraine's energy minister, Yury Boiko, traveled to the scene of the accident on Friday to take charge of the rescue operation.

Deadly mine blasts are frequent in the Ukraine and are most commonly triggered by build-ups of methane gas.

More than 10 killed in Russian mine blasts

More than 10 people have been killed and more than 80 trapped following two explosions at Russia's largest underground coal mine. Emergency services officials say at least 41 miners have been injured. (09.05.2010)

More than 40 miners are reportedly trapped underground after a gas explosion in a coal mine in the Ukrainian region of Donetsk, according to reports. (08.06.2008)

Twenty coal miners are believed to have been killed following an explosion in a pit in northern Slovakia on Monday. The men were fighting a fire at the time of the blast. (11.08.2009)