A court in Ukraine has frozen the assets of Petro Poroshenko. The Prosecutor General's Office is investigating the Ukrainian former president on charges of high treason. 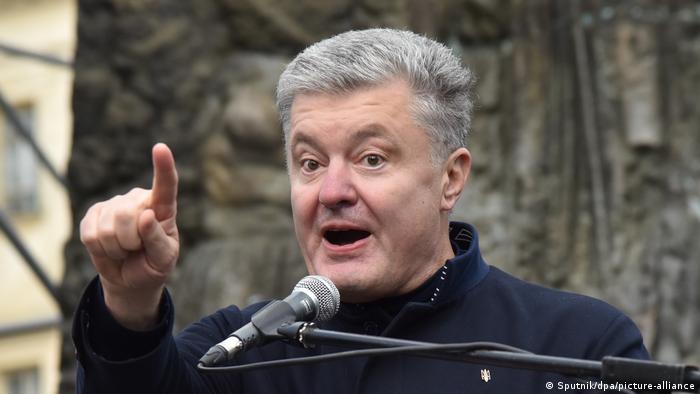 Ukraine froze the assets of its former President Petro Poroshenko as part of an investigation into whether his purchase of coal in Donbas in 2014 and 2015 financed pro-Russian separatists, the Prosecutor General's Office announced.

In a statement, Poroshenko's party charged: "The government, instead of consolidating Ukrainian society to oppose Putin, is fueling internal confrontation. Thus, it recklessly and irresponsibly weakens the front against Russian aggression."

Ukraine is currently trying to rally the West to its defense as Russia has amassed 100,000 troops on its borders.

Who is Petro Poroshenko?

In addition to being a former president, Poroshenko is the owner of the Roshen candy company and one of Ukraine's richest men.

He came to power on the heels of the revolution on Maidan in 2014 after the country's Russia-backed leader, Viktor Yanukovych, fled to Rostov-on-Don, Russia. In 2019, Poroshenko was defeated by his successor, President Volodymyr Zelenskyy, in a landslide.

Poroshenko has not been in Ukraine since December, though he has said he plans to return on January 17.

Poroshenko's allies charge the asset freeze is an act of revenge by Zelenskyy.

On Thursday, before the ruling, Poroshenko wrote on Facebook that he would "return to Kyiv" and appear before a judge "not to defend myself against Zelenskyy, but to defend Ukraine from incompetent leadership."

Previously, Poroshenko was forced to relinquish control of two TV channels when legislation targeting oligarchs came into place in Ukraine in 2021.

Those two channels, Channel 5 and Priamyi kanal, were placed into escrow in November.

In December, prosecutors requested Poroshenko be arrested and bail set at 1 billion hryvnia ($37 million or €32.5 million).

What is Poroshenko accused of?

After the Russian annexation of Crimea in 2014 and the seizure of the Donbas by pro-Russian forces, Ukraine faced a crisis. Significant coal mines were seized, and the country needed energy.

Authorities in Ukraine allege officials in Poroshenko's administration conspired with Viktor Medvedchuk, the leader of the country's pro-Russian Opposition Platform – For Life party, of working with separatists to purchase coal.

Specifically, authorities allege 1.5 billion hryvnia worth of coal was purchased to fuel Ukraine, but they add that it also funded pro-Russian forces in the country's east.

The conflict in the country's east has killed at least 13,000 people.