Ukraine forces and pro-Russian separatists have agreed to a ceasefire to enable students to attend classes as the start of the school year. However, Ukraine has already accused the rebels of violating the treaty. 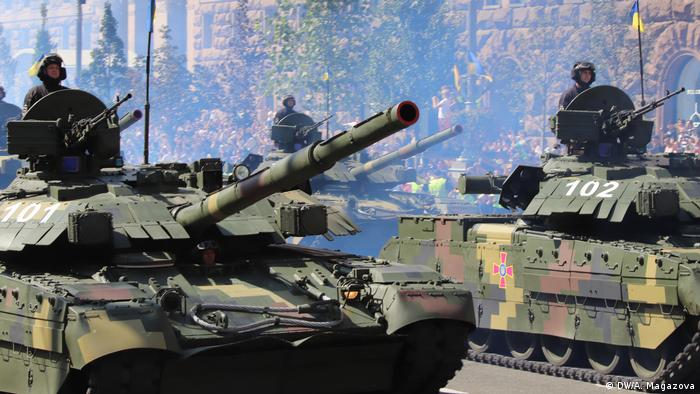 A ceasefire came into effect at 00:01 local time on Wednesday along the frontline in Ukraine to allow the new school year to start as normally as possible.

However, Ukrainian sources said pro-Russian militants had fired at security forces twice since the beginning of the "school truce."

The Organization for Security and Cooperation in Europe's (OSCE) monitoring mission in Ukraine said it recorded "more than 70 ceasefire violations" since the ceasefire went into effect.

"Sides need to honor their recommitment," the OSCE said in a tweet. "Firing has to stop now. To protect Ukrainians on both sides of the contact line."

Both sides of the conflict agreed to the OSCE-brokered ceasefire at a meeting in Minsk last week.

The deputy head of OSCE's monitoring mission, Alexander Hug, urged the rebels and the Ukrainian leadership to observe the accord, saying it was a chance "that should not be missed."

He also said that OSCE "cameras would note any violations," according to remarks cited by the Russian news agency Interfax.

The conflict in Ukraine has claimed over 10,000 lives since the fighting broke out in April 2014. However, large-scale skirmishes have all but disappeared in recent years. Both sides do still trade rocket and artillery fire on semi-regular basis. International observers, including the OSCE, have pushed through a string of peace initiatives which usually have only a temporary effect. The last such effort was the so-called "bread truce" to allow for wheat harvest in July.

The OSCE's Alexander Hug urged the two sides to pull their fighters and heavy weapons from the line of separation in east Ukraine and allow international observes access to all parts of the frontline, in order to ensure a permanent peace.

"The repeated attacks on our drones prevent us from reaching our full potential to help the two sides fulfill their obligations," Hug said.

A new slogan adopted by the Ukrainian army has drawn criticism for its links to World War II-era nationalist groups. The decision has sparked a debate about how the country should address its history. (24.08.2018)