Ukraine, Russia flex muscles ahead of Independence Day | Europe| News and current affairs from around the continent | DW | 22.08.2016

Tensions between Ukraine and Russia have been rising in recent weeks. Russian troops appear ready for military action against Ukraine, but observers say there would be little to gain. David Stern reports from Kyiv. 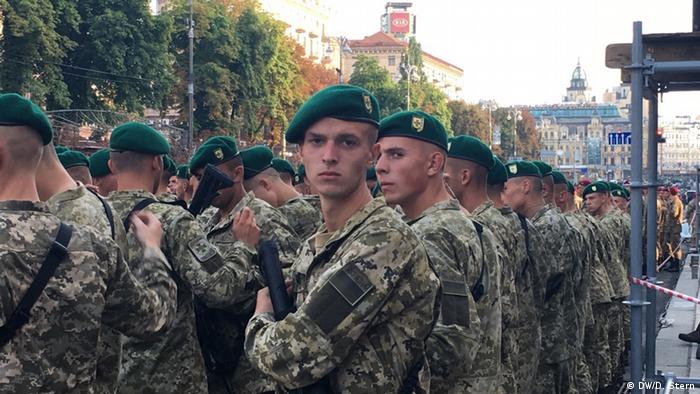 August brings a languid, enjoy-it-while-it-lasts air to the Ukrainian capital Kyiv. The outdoor terraces of restaurants and cafes are filled, and families stroll in parks and along the tree-lined boulevards until the late evening, intent on savoring the season's last shimmering days.

But in recent years, the summer's end has been laced with anxiety. Two years ago, on Ukraine's Independence Day, August 24, Moscow-backed insurgents launched - with what was apparently overwhelming Russian military support - a comprehensive attack in the war in the country's east. Scores of Ukrainian soldiers were wounded, killed or captured, as the rebels pushed back the Kyiv forces and consolidated their grip in the Donbass region.

Last year, the fighting again escalated dramatically. Both the Ukrainian and Russian presidents, Petro Poroshenko and Vladimir Putin, called emergency councils to address the rising violence, and analysts warned of the possibility of "full-scale war." In his Independence Day speech, President Poroshenko memorably referred to the two Russian-supported breakaway regions as "Mordor," the evil empire from "The Lord of the Rings."

And now, once more, the guns of August are growing louder. Ukrainian officials say the government forces' casualty toll is the highest since this time last year. Observers from the Organization for Security and Cooperation in Europe, who are monitoring the conflict, say the amount of heavy weapons, which both sides use to shell each other, on the front line has doubled in recent weeks. 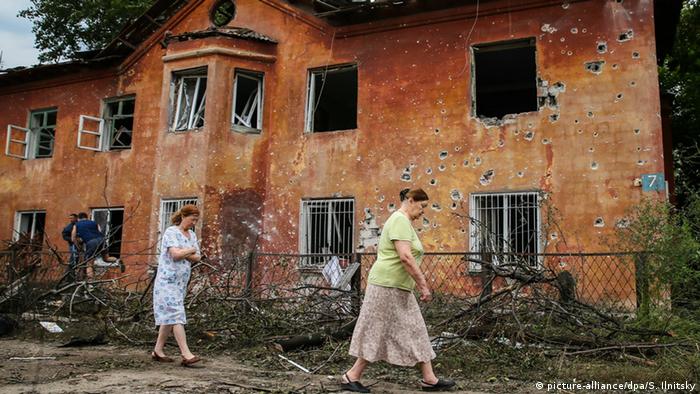 With the intensifying violence, concerns are also increasing that an all-out Russian attack could be around the corner. Kyiv officials, backed by western experts, say the Kremlin is bolstering its numbers on its border with Ukraine - 40,000 more troops, by some estimates. The Ukrainians also say Russia is shipping more weapons and machinery into the self-declared Luhansk and Donetsk People's Republics. Russian forces have held major military exercises near Ukraine.

All the Kremlin needs is a pretext to attack, Kyiv says, which it believes Russia has already put into place: Earlier this month, Russian officials claimed they had foiled an attempt by Ukrainian special forces to enter Russian-annexed Crimea and carry out "terrorist attacks." The Ukrainians, the Kremlin said, opened fire and two Russian soldiers were killed. A Ukrainian man, Yevhen Panov, was allegedly captured and accused of wanting to blow up strategic infrastructure in Crimea.

"We will not let this pass," said Vladimir Putin, the Russian president, adding that Kyiv was playing a "dangerous game." Foreign Minister Sergei Lavrov echoed him and promised "exhaustive measures."

The Ukrainians countered that these accusations were "hysterical and false." European Council President Donald Tusk backed up Kyiv, calling the Kremlin's version of events "unreliable.

Nevertheless, President Poroshenko announced he was putting their forces on high alert and that the risk of further escalation was "high."

"I do not exclude a full-scale invasion on all fronts," he said, adding that, if necessary, he could introduce martial law.

Ukraine marks its Independence Day this year on Wednesday with the biggest military display in the country's history: More than 3,000 troops and 200 pieces of military hardware will parade down Khreschatik street, the capital's central thoroughfare.

The main reason for this show of martial power is the country's 25th anniversary of achieving its freedom from the Soviet Union. But equally it will be a gesture to Moscow that the Ukrainian army is a force not to be trifled with, as well to the Ukrainian population that the country's defense is in reliable hands. 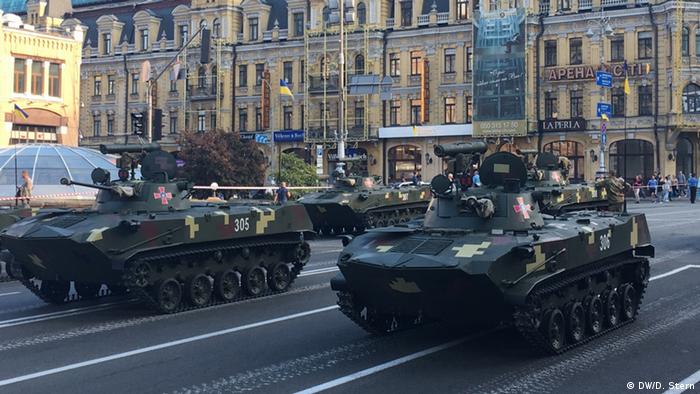 Kyiv is intent on showing its military might on Independence Day

And indeed they have something to celebrate. More than two years ago, when the fighting in the East began, the Ukrainian army barely existed. Now, although perhaps still unable to defeat the Russian army outright, it has at least fought Moscow to a standstill.

But the war is far from over and the number of dead, now close to 10,000, continues to climb. For some the best realistic outcome would be one of those "frozen conflicts" that smolder elsewhere in the former Soviet sphere, but even that seems a long way off.

Could the Russians now launch a major offensive? The response to this is another question: What would they have to gain from this?

Yes, analysts say, Russian troops seem arranged in preparation for some sort of military action. But to push further into Ukrainian territory would be to risk major casualties, public backlash at home and the loss of any chance to have Western sanctions lifted. Even a limited attack - aimed at intimidating the Ukrainians and providing a swift victory before Duma elections next month - risks a similar outcome. 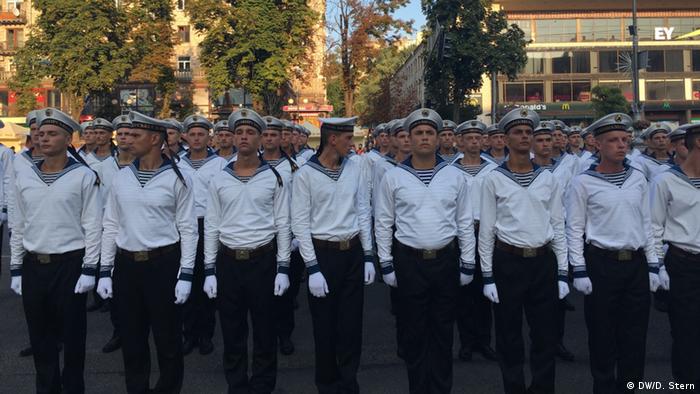 At the moment, seen from west of the conflict zone, Moscow's most likely strategy seems to be one of three scenarios, or a combination:

One, to try to provoke the Ukrainians into launching their own offensive.

Two, to continue the pressure on Kyiv in hopes of creating political instability inside the country.

Three, to appear ready to launch a full-out war, which would be met with relief when Russia decides in the end to take the path of peace.

Option three - playing the peacemaker - also could be rewarded with concessions at the negotiating table. President Putin, in his remarks following the incidents in Crimea, said he considered it "pointless" to meet with Germany, France and Ukraine - the "Normandy Four" format - at the G20 summit in early September. This, too, could indicate a hardening of the Russian position, which, were the Russian leader to soften his stance and agree to meet later on, would be welcomed as a compromise.

And what do the Ukrainians think - do they really believe full-scale war is possible?

"The Ukrainians aren't taking any chances," one Western diplomat in Kyiv told DW.

Russian President Vladimir Putin has arrived in Crimea, the annexed territory that once belonged to Ukraine. His visit comes shortly after he accused the government in Kyiv of a military incursion into the territory. (19.08.2016)

Opinion: No Olympic truce in Ukraine

Does Russia plan to attack Ukraine in an all-out war to establish a land bridge to Crimea? No, Russia's President Putin is playing a different game with the neighboring country, writes DW's Christian F. Trippe. (11.08.2016)