Ukrainian President Zelenskiy has asked Parliament to dissolve the Constitutional Court after it struck down anti-corruption laws. The court ruling could have ramifications for Ukraine's international relations. Hundreds of demonstrators took to the streets of Kyiv on Friday in protest at a court ruling that struck down a raft of anti-corruption laws.

Protesters, including students and anti-corruption activists, held placards which read "Corrupted court of Ukraine" and "Out the pigs of the constitutional court."

Police did not intervene even when protesters threw smoke grenades into the court building and threatened to move in, while some set tyres ablaze.

Ukrainian President Volodymyr Zelenskiy has called on Parliament to dissolve the Constitutional Court and annul the decision.

“The decision of the Constitutional Court of Ukraine...is null and void,” according to a presidential memo seen by Reuters. 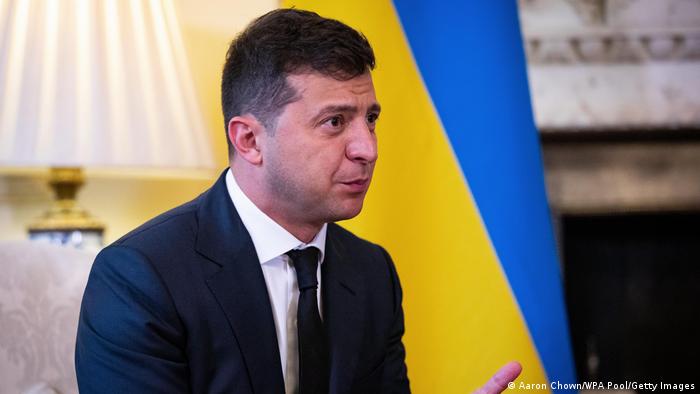 What is the background to the protests?

Judges said on Wednesday that anti-graft legislation was unconstitutional, including one on free public access to officials' asset declaration.

Ukraine’s patchy performance on economic reforms and tackling entrenched corruption has derailed a $5 billion (€4.2 billion) programme agreed in June with the International Monetary Fund at a time its economy is in sharp downturn due to the novel coronavirus pandemic.

The EU has also said that its visa-free regime for Ukraine will be suspended if Kiev fails to combat corruption.

According to Transparency International, Ukraine ranked 126th out of 198 countries on the watchdog's corruption perception index in 2019.