The individual brandished a hand grenade in the central Ukrainian city of Poltava before taking a police chief hostage. He later fled the vehicle after a six-hour car chase, leaving the senior officer behind, unharmed. 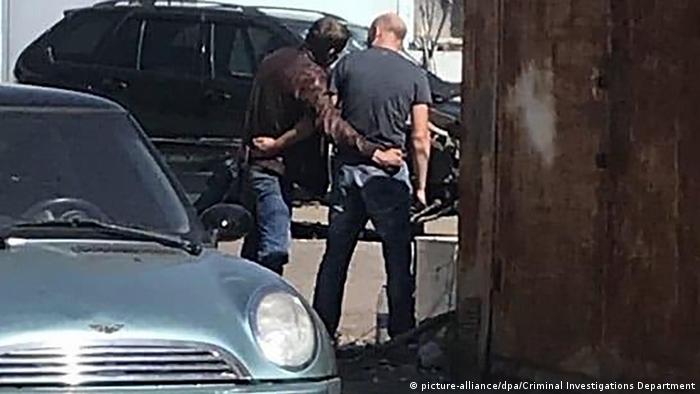 A criminal suspect brandishing a hand grenade in central Ukraine remains at large after initially taking hostage a senior police officer, before releasing him unharmed after a six-hour pursuit, officials said on Thursday.

When police tried to arrest the man for stealing a car outside a court in the city of Poltava, he abducted an officer. He then threatened to blow himself and the officer up with the hand-held explosive. He then exchanged the officer for the chief of regional police, who was then forced to drive his abductor for six hours through the Ukrainian countryside, with police in pursuit.

Officials confirmed that the chase ended with the accused fleeing the car, leaving his hostage behind unharmed. The kidnapper ran into a forest and Ukrainian police said an operation to detain him was ongoing.

Police identified the man as a 32-year-old who had three previous convictions for theft, fraud and drug possession. 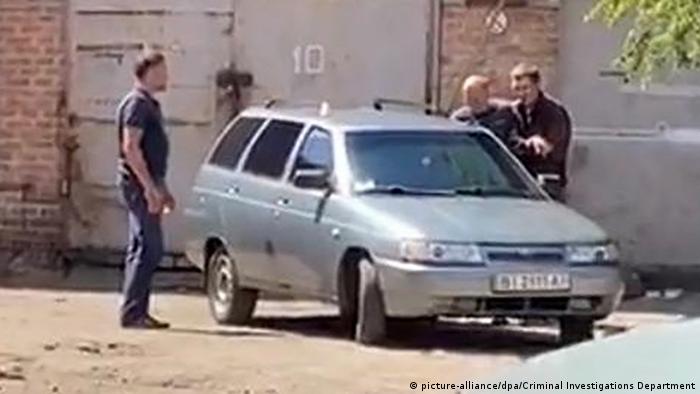 The suspect seized a hostage when police tried to arrest him

The incident in Poltava comes just two days after another armed man in Ukraine took 13 people hostage on a bus in the western city of Lutsk. He held them captive for more than 12 hours before eventually surrendering to police.

All the hostages were freed unharmed after the abductor agreed to release them following a call with Ukrainian President Volodymyr Zelenskiy.

A deal with the kidnapper was done whereby Zelenskiy had to post a video on social media, urging citizens to watch "Earthlings," a 2005 American documentary exposing cruelty to animals.

Zelenskiy briefly posted a video on his Facebook page saying: "Movie 'Earthlings', 2005. Everybody should watch." The clip appeared shortly after the first three hostages were set free. The video was later deleted from the president's official Facebook account.

According to authorities, the man who seized the bus and the 13 people had been convicted twice on a range of charges, namely robbery, fraud, illegal arms handling. In addition, he had spent a total of 10 years in prison.

Ukrainian media said he was an animal rights activists who helped protect stray dogs. Some of the hostages later told reporters that he treated them well and only asked them to remain calm. The man is in custody and is reportedly cooperating fully with police inquiries.