Politicians from across the political spectrum and former colleagues have expressed their grief and remember a passionate campaigner. Samira Shackle reports from London. 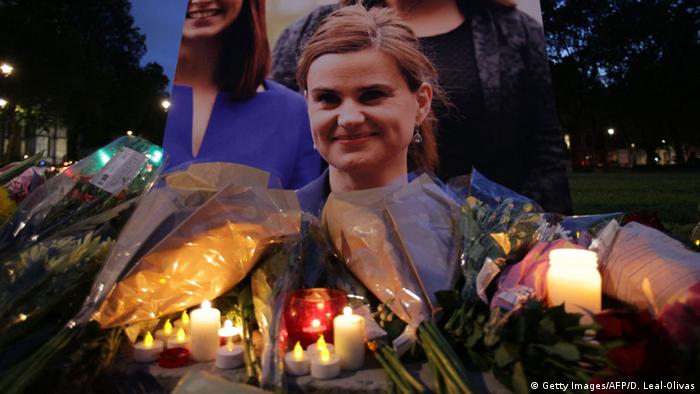 Jo Cox, 41, had been an MP for just over a year when she was attacked and killed in her constituency in West Yorkshire on Thursday. The Labour MP for Batley and Spen was shot and stabbed after a meeting with constituents. She suffered serious injuries and was pronounced dead several hours later.

Police have confirmed that a 52-year-old man was arrested in the area. He has been named locally as Tommy Mair. Police are investigating the widely reported claim that several witnesses heard him shout "Britain first" during the attack. Britain First is the name of a far-right party with a history of violent occupations of mosques. Britain First has denied any involvement with the murder.

Tom Watson, the deputy leader of the Labour party, also expressed his grief. "It is hard to comprehend how a compassionate, principled and beautiful person can be taken away from us so cruelly. It's even more devastating because she was doing what she did best - serving her constituents."

Cox was elected to the House of Commons in 2015 after a career as an aid worker in some of the world's most dangerous countries. She worked for the international development charity Oxfam for a decade, ending up as head of global policy. "Jo was a brilliant, committed activist for social justice with boundless energy and kindness who made a huge contribution at Oxfam," said Max Lawson, Oxfam's head of policy, who previously worked for her.

Cox had also worked for Sarah Brown, the former Labour prime minister's wife, as an adviser on women's and children's health campaigns. "Jo cared about everybody, but she reserved a special place in her heart for the most vulnerable and the poorest citizens of the world," said Brown. "She was fearless, she was endlessly upbeat and she reached out to so many to join her cause. Her mission was to make the world a better place." 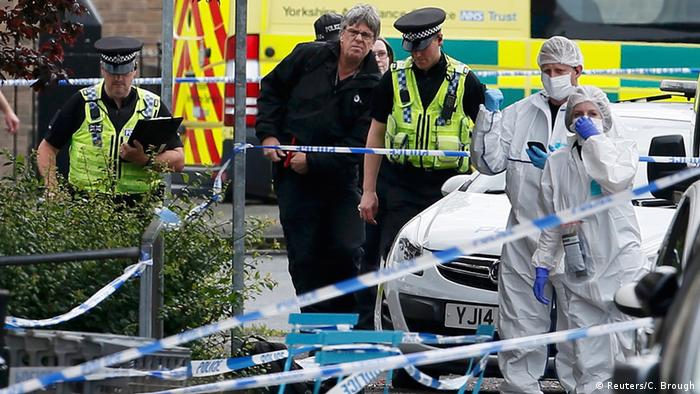 Britain is currently in the throes of a heated political campaign over next week's referendum on EU membership. After Cox was attacked, both the official Remain and Leave camps suspended their campaigns for the day, a move commended by Cameron and other senior members of government. In recent weeks, Cox had been passionately campaigning for continued EU membership. Her husband, Brendan Cox, a former executive at the charity Save the Children, was on board yesterday's Remain flotilla on the Thames.

Cox used her maiden speech to Parliament to mount a passionate defense of immigration, saying: "Our communities have been deeply enhanced by immigration, be it of Irish Catholics across the constituency or of Muslims from Gujarat in India or from Pakistan, principally from Kashmir. While we celebrate our diversity, what surprises me time and time again as I travel around the constituency is that we are far more united and have far more in common with each other than things that divide us."

After entering Parliament in May 2015, Cox moved quickly to make her mark. She campaigned for Palestinian statehood and served as co-chair of the All Party Parliamentary Group on Syria. When Labour leader Corbyn took a stance against military intervention, Cox argued that there was a strong case for humanitarian action.

Politicians across the spectrum paid their respects. "This is a dreadful event, and my heart goes out to Jo Cox's husband, Brendan, their two children, her family and friends," said home secretary Theresa May. "The pain they must be enduring is unimaginable, and our thoughts are with them at this terrible time." May declined to comment on the ongoing police investigation.

When in London, the Coxes lived on a houseboat on the Thames. This weekend, they were planning to host 100 people for their annual summer solstice party.

Her husband gave a brief statement: "Jo believed in a better world and she fought for it every day of her life with an energy and a zest for life that would exhaust most people. She would have wanted two things above all else to happen now; one, that our precious children are bathed in love, and two, that we all unite to fight against the hatred that killed her. Hate doesn't have a creed, race or religion, it is poisonous. Jo would have no regrets about her life. She lived every day of it to the full."

Labour MP Jo Cox has been confirmed dead hours after being shot outside her advice surgery near the city of Leeds. Both sides in Britain's EU referendum debate have suspended campaigning following the attack. (16.06.2016)