The UK government has announced further measures to ease the rising demands for fuel, including the approval to put a pool of military drivers on standby. The country is facing a post-Brexit shortage of truck drivers. 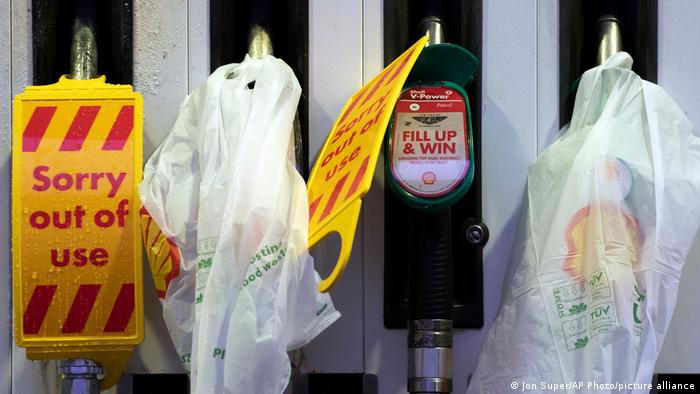 Gas stations in the UK are running out of fuel

British Army tanker drivers "will be brought to a state of readiness to be deployed if required to deliver fuel," the UK government announced on Monday.

A standby of tanker drivers should ease supply chain pressures and spikes in localised demand for fuel, the government said in a statement.

The military tanker drivers would be deployed where needed the most, and provide further reassurance that fuel supplies remain strong.

The statement added that military drivers would receive specialised training before being sent out.

"However, we are aware of supply chain issues at fuel station forecourts and are taking steps to ease these as a matter of priority,'' he said. 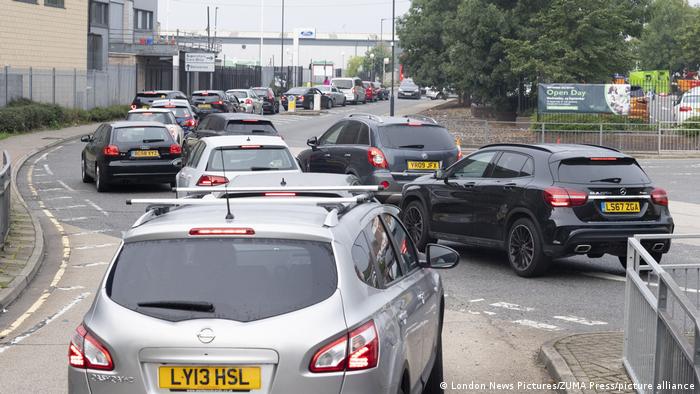 Despite repeated calls to refrain from hoarding, queues of dozens of cars lined back up at petrol stations across Britain, swallowing up supplies.

Britain's Petrol Retailers' Association said that two-thirds of gas stations it represents had run out of fuel on Sunday.

Panic buying exacerbated a supply crisis triggered by a post-Brexit shortage of truck drivers who would normally deliver the fuel to the pumps.

Cars lined up at gas stations in major British cities for a fourth day as retailers warned the crisis could batter the world's fifth-largest economy.

The UK environment ministry said the country was not facing a real fuel shortage, but that the disruptions were only at the points of delivery due to consumers buying up fuel they didn't need.

"The most important thing is that people just buy petrol as they normally would. There isn't a shortage," Environment Secretary George Eustice told journalists.

"There does come a time when things settle down, people get used to it and return to life as normal again. The quicker people do that the better... The only reason we don't have petrol in forecourts is that people are buying petrol when they don't need it," he said.

It comes just a few days after UK Prime Minister Boris Johnson's government spent millions of pounds to avert a food shortage due to a spike in the prices of gas and byproducts. The country's officials repeatedly asked people to refrain from panic buying.

Johnson's spokesperson on Monday said his government was not complacent, and vowed to take the necessary steps to help deliver fuel to petrol stations.

"What we are doing as a responsible government [is] taking the preparatory steps necessary should any further measures be needed," the spokesperson said.

How is the UK tackling the driver shortage?

The truck driver shortage — which occurred as a a result of the pandemic, an aging workforce, an exodus of foreign workers and unfavorable work conditions — led to a series of unforeseen outcomes following Britain's departure from the European Union last year.

The government said it would issue 5,000 three-month visas for truck drivers starting in October, and another 5,500 for poultry workers. But that falls far short of the number needed, according to the Confederation of British Industry.

Representatives of European truckers are also skeptical that drivers would want to come to the UK on visas that would expire on December 24.