An independent review of Britain's economic policy has emphasized that more support for industrial digital technologies is required to maintain living standards. It calls for workers to be pro-actively retrained. 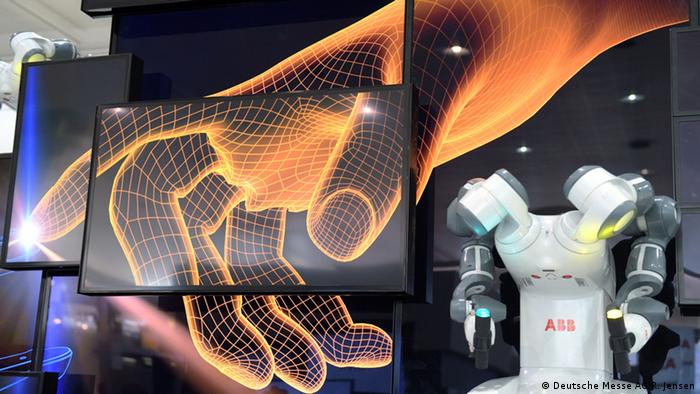 In this review chaired by the head of Siemens UK, Jürgen Maier, British business executives answered the call of the government to set out a vision for growth and increased productivity across the manufacturing sector.

The report called Made Smarter emphasized the need for unlocking the potential of industrial digital technologies (IDTs).

It noted that emerging technology breakthroughs "in fields such as AI, robotics and the Internet of Things" were significant in their own right, but it was the convergence of such technologies that really "turbo-charged their impact."

Maier said there was a lot to be gained for the UK in creating an environment where such a convergence was possible.

A lot of work ahead

The successful implementation of such a policy would have the potential of raising UK productivity and creating new, higher-paid jobs. It would also increase exports through higher competitiveness levels, the report argued.

"The review found that the positive impact of faster innovation and adoption of IDTs could be as much as 455 billion pounds (514 billion euros, $599 billion) for UK manufacturing over the next decade."

The report acknowledges that "other countries are stealing a march on the UK" with more coherent government strategies in place (Industry 4.0 in Germany, Made in China 2025 and America Makes for the US).

It called for greater assistance for this new economy through improved services and infrastructure in areas like cybersecurity and fiber networks. The report criticized that small and medium-sized enterprises (SMEs) faced a lack of common standards allowing different technologies to connect.

Brexit — the clock is ticking

Fifteen people were killed and several injured at a residential building in the Donetsk region, a Ukrainian governor said. Meanwhile, Canada plans to return a Nord Stream 1 part to Germany. Follow DW for the latest.

Russia blacklists UK journalists over Ukraine coverage — as it happened 14.06.2022

Several prominent journalists working for British news outlets have been banned entry to Russia over what Moscow describes as "one-sided" coverage on Ukraine. DW has more.

Russia's Gazprom said it would again reduce gas deliveries through Nord Stream 1 by 20% for 'repairs,' cutting the current flow in half. The new blow to supply comes as Europe scrambles to store gas for winter.