A mobile app, designed to curb infections, impacted the UK's food supply as over 600,000 people were told to go into quarantine. The government is now carving out some exemptions. 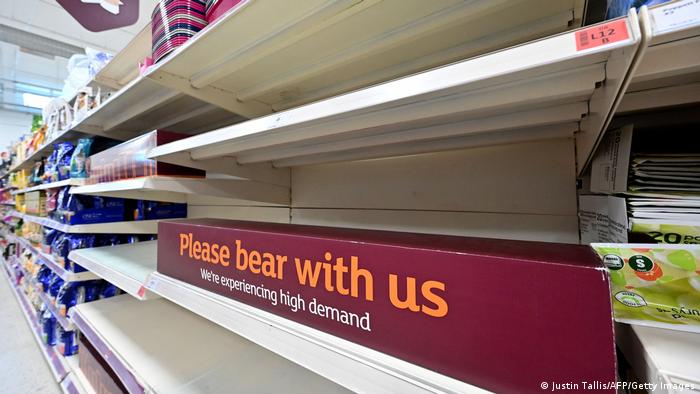 The British government on Friday announced plans to end the so-called 'pingdemic' after its COVID-19 app forced more than 600,000 key workers to self-isolate.

Even Prime Minister Boris Johnson is staying at home after it emerged his health secretary, Sajid Javid, had tested positive for coronavirus.

Ministers want to step up daily testing so that employees, such as those in the country's food sector, can continue to work even after being "pinged" by the app. The signal indicates that the recipient had come into contact with someone who tested positive.

The app is a bid to curb rising infections after the removal of all social distancing rules.

What is the plan to end the 'pingdemic'?

Environment Minister George Eustice told Sky News that the blueprint would cover as many as 10,000 people initially, with some 500 key food production sites that could qualify for quarantine exemptions.

Eustice told the British broadcaster that the government had been "monitoring the situation closely" and had decided to "act swiftly to make sure that the food supply chain can continue to function normally." 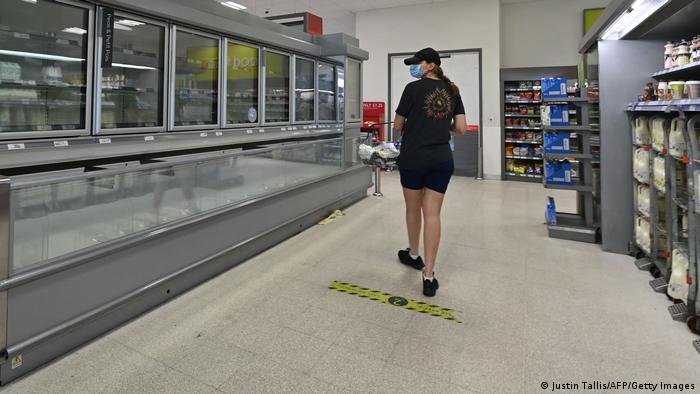 "All of the people working in those key strategic manufacturing facilities will be able to use this scheme," he said in an interview.

Health Secretary Javid added that the daily testing would "help to minimize the disruption caused by rising cases in the coming weeks" amid concerns about the Delta variant.

The measures currently only apply to food distribution depots in England and Wales, but not to supermarket store employees.

Employers need to apply to the government and demonstrate that the person works in "critical elements of national infrastructure" and their absence would have a "major detrimental impact on the availability, integrity or delivery of essential services."

What else is Britain doing?

Exemptions are also being drawn up for the energy, water, border control and rail industries.

Employers in those other key sectors will also need to apply to the government to obtain them.

Scotland has a devolved government that is responsible for healthcare. Officials there are drawing up their own rules.

The move by the British government comes after British newspapers ran photos of bare supermarket shelves on their front pages and reported on shortages of key products such as soft drinks, meat and fuel on Thursday.

Popular sandwich retailer Pret A Manger said it had shut 17 stores across the UK due to staff shortages, while BP said it had closed a number of gas stations due to distribution problems.