Top bankers in Britain are facing new restrictions on bonuses from next year, under rules set out by the Bank of England and the Financial Conduct Authority. There are also new measures on accountability. 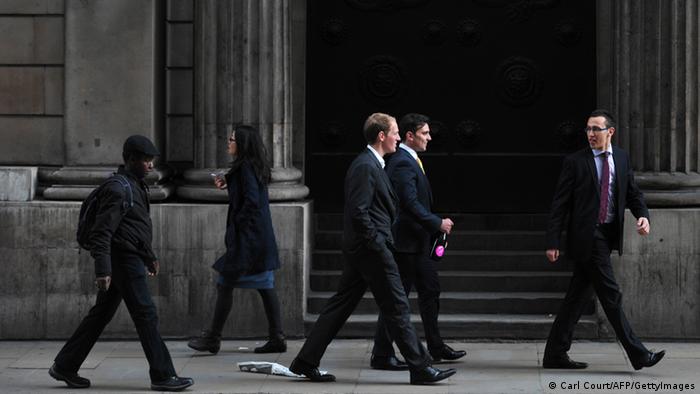 Under new rules set out by the Bank of England (BoE) and the Financial Conduct Authority (FCA) on Wednesday, bankers' bonuses can be clawed back for up to seven years after being awarded.

The regulators also said firms would be required to pay out bonuses over a period of five to seven years, depending on the seniority of the employee.

Bonuses can already be clawed back under the current regulation, but the new rule allows them to be retrieved after they have already been paid out.

The BoE also announced a new approval regime for "the most senior individuals whose behavior and decisions have the potential to bring a bank to failure, or to cause serious harm to customers," according to the Bank's Wednesday statement.

The regime will include requirements to "clarify the lines of responsibility at the top of banks." Staff will be subject to what the regulators call a "certification regime" to assess whether top bankers are fit for the job.

"We believe that enhancing individual accountability and improving the alignment of risk and reward should have a positive impact on behavior and culture within banks," Andrew Bailey, CEO of the Prudential Regulation Authority (PRA), a division of the Bank of England.

The regulators' announcement follows recommendations made by a UK parliamentary committee last summer. They led to the passing of the Banking Reform Act last year which these latest rules build on.

The rules are seen as some of the toughest for the sector in the world and will come into force on January 1, 2015.

The UK Financial Conduct Authority has levied a fine on Barclays to punish it for one of its trader’s actions. The trader fixed a bogus gold price to defraud a client who was due a pay-out on a gold price option. (23.05.2014)

The EU Commission has imposed a hefty fine on six major banks including Germany’s Deutsche Bank. They stand accused of manipulating key interest rate benchmarks which determine prices for mortgages and other assets. (04.12.2013)