Wine, whose real name is Robert Kyagulanyi, was doing a live radio interview with Kenya's Hot 96 FM station when the reported raid took place. Ugandan authorities are yet to comment. 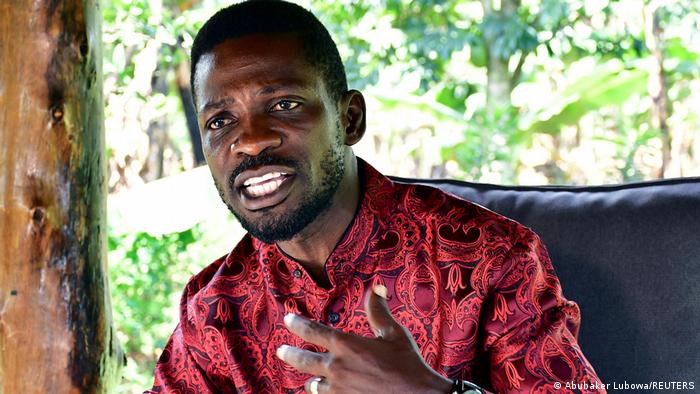 Ugandan opposition presidential candidate Bobi Wine said on Tuesday that soldiers raided his home and arrested his security guards as the country prepares to go to the polls in two days' time.

"The army has this morning raided my home, arrested all my security guards and anyone they could see around my premises," Wine, who is the opposition frontrunner, said on Twitter.

"No reason for the arrest was given," said the 38-year-old musician-turned-politician, who is seeking to oust long-serving President Yoweri Museveni.

The arrests occurred while Wine, whose real name is Robert Kyagulanyi, was doing a live radio interview with Kenya's Hot 96 FM station.

The Ugandan military and police force are yet to comment on Wine's statement.

Some 18 million Ugandans are registered to vote on Thursday in presidential and parliamentary elections. Wine is the frontrunner among 10 candidates challenging Museveni.

The 76-year-old former guerrilla leader seized power in 1986; critics say Museveni has abused his position to silence the opposition. 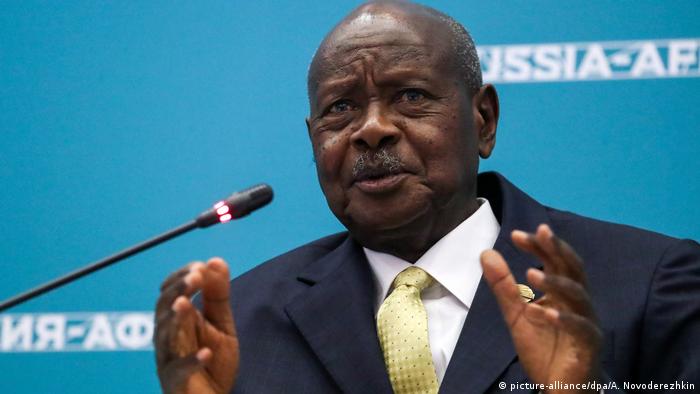 Uganda's President Yoweri Museveni has launched a crackdown on opposition rivals as he seeks a sixth term in office.

Scores of anti-government protesters have been killed during a campaign scarred by crackdowns on Wine's rallies.

Journalists covering opposition rallies meanwhile have been attacked, government critics locked up, and election monitors prosecuted. This has raised concerns over the transparency and fairness of the electoral process.

The bloodshed, particularly the deaths of 54 people over two days of protests in November, was condemned widely abroad.

Last week, Wine urged the International Criminal Court to investigate the Ugandan government over the crackdown.

Authorities say the opposition politician repeatedly ignored curbs on gatherings to stop the spread of COVID-19.  Wine has been arrested multiple times during the campaign and has been charged in court over what officials called breaches of coronavirus regulations.

Museveni announced on Twitter that he would address the nation at 7 p.m. local time (1600 GMT) on Tuesday.

He has repeatedly accused Wine of being "an agent of foreign interests" without providing any evidence for his claims.