Zinedine Zidane collected his second European trophy as Real Madrid coach. His side dispatched Sevilla after extra time without the services of Cristiano Ronaldo, Gareth Bale and Pepe. 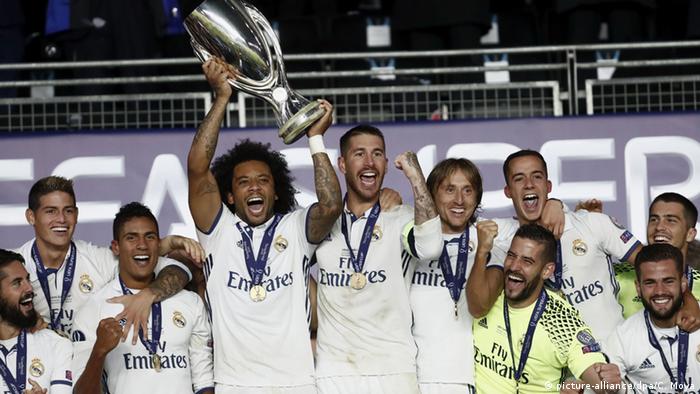 Real Madrid, who beat Sevilla 2-0 in 2014, were missing several key players, like Cristiano Ronaldo and Pepe who are on an extended break following the European Championships. But Zinedine Zidane's team did include Sergio Ramos and Alvaro Morata, who featured for Spain at Euro 2016 this summer.

No Ronaldo, but no problem

However, Sevilla responded brilliantly, perfecting Sampaoli's high-pressure system. The Andalucians got a lot of joy from winning the ball high up the pitch, and three minutes before the break, Franco Vazquez brought the game level in Trondheim.

Sevilla's threat forced Zidane to dip into his reserves, introducing the impressive trio of Karim Benzema, Luka Modric and James Rodriguez. Benzema wasn't in France with the national team this summer and his freshness was clear as he made an impact in the game.

But a foul from Ramos on Vietto with 20 minutes left handed Sevilla the perfect chance to take the lead and Yevhen Konoplyanka slotted home from the penalty spot with aplomb, a minute later. Ramos, the Real captain, made amends in the third minute of stoppage time to guarantee Zidane's side a second chance at the title.

With the match set for penalty kicks, Carvajal's moment of individual brilliance secured the trophy for Real, a minute from time. It's heartbreak for the Andalucians, who lose their third successive Super Cup final.