Typhoon In-fa has made landfall near Shanghai, where authorities canceled hundreds of flights and warned residents to remain indoors. 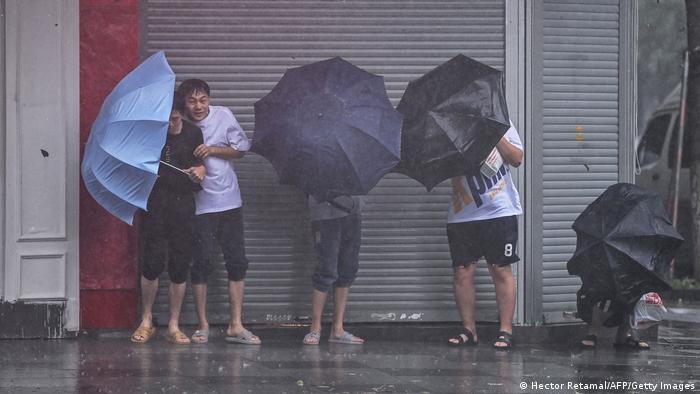 Communities have been drenched in knee-deep water and 10,000 trees have been uprooted, although there are no immediate reports of any major damage.

About 330,000 residents of the Fengxian District on Shanghai's southern side were evacuated which was packing wind speeds of up to 100 kilometers per hour (60 miles an hour) and gusts of up to 155 kph (95mph).

The storm made landfall in the city of Zhoushan, south of commercial hub Shanghai, shortly after midday. Government officials closed the Zhoushan Bridge to islands near Ningbo and ordered schools, markets and businesses in Zhejiang province to remain shut.

Ports along the eastern coast halted operations, and container ships had to be moved from Shanghai's Yangshan Port on Saturday.

The storm hit as central China is still reeling from record flooding that has now killed more than 60 people and uprooted more than a million.

The national weather agency forecast heavy rainfall of 10-14 inches (250-350 millimeters) to the region as it moves north along the coast.

"It is necessary to be highly vigilant and prevent disasters that may be caused by extreme heavy rainfall," the administration said Sunday. 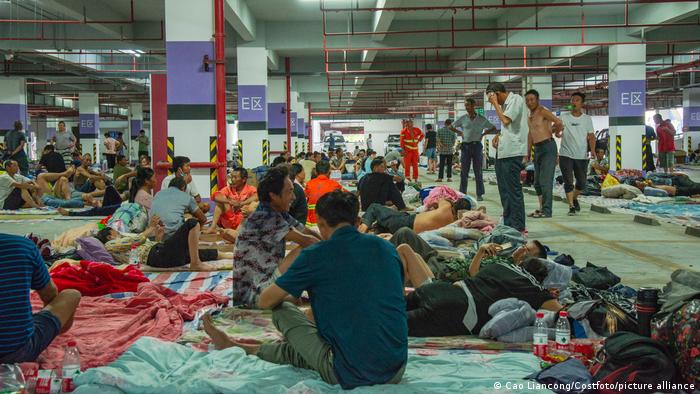 Around 330,000 people have been evacuated from their homes in eastern China

Some of the areas hit by last week's flooding could also be affected.

Chinese authorities say the death toll has now risen to 63 people after devastating floods in central China, where a year's worth of rain fell in the space of just three days.

Cleanup operations have led to the discovery of more victims who were found in the flooded underground system. Officials say five people are still missing.

The flooding has affected millions, and left many without food or water for days. The damage is expected to run into the billions.

Annual summer flooding is not unusual in China, although this season's deluge is raising a number of questions, with climate change being among the key issues of concern.