Two Swedes being held by the al Qaeda-affiliated Nusra Front have been released. The Nusra Front was once considered the most powerful insurgent group in Syria, but has since been eclipsed by the "Islamic State." 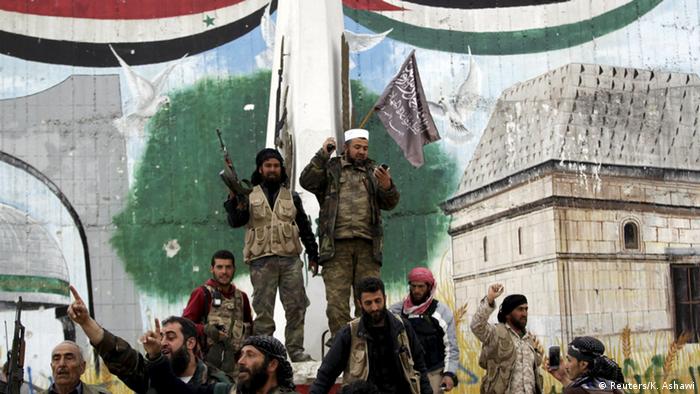 Two Swedish nationals who were abducted in 2013 by Al Qaeda's Nusra Front in Syria were released Friday, according to the Swedish Foreign Ministry.

Sweden thanked the Jordanian government, and added it was particularly grateful to Palestinian Authority President Mahmoud Abbas in securing the release of the hostages.

"A special thanks to Palestine and to President Abbas personally, who was involved in a material way, as well as to Jordan authorities," Swedish Foreign Minister Margot Wallström said, according to Swedish news agency TT.

"We are very happy that we could contribute to freeing the two Swedes," Palestinian Ambassador to Sweden Hala Husni told TT, adding that Palestinian officials had been negotiating the release of the hostages for over two months.

Swedish Foreign Ministry officials did not identify the hostages Saturday and declined to say where the hostages had been held or when they had been released.

The al Qaeda-affiliated Nusra Front was once considered the most powerful insurgent group in Syria, but it has since been overtaken by the "Islamic State."

Nevertheless, the group holds considerable influence in war-torn northwestern Syria and recently took control of the provincial capital of Idlib with the help of other Islamist groups.

The Nusra Front has been battling western-backed Syrian rebels this year, in an attempt to consolidate its power in the north of the country.

Islamist insurgents have released 300 Kurds in the country's north who were taken captive on Sunday. Al Qaeda's Nusra Front is suspected to be behind the kidnapping. (06.04.2015)